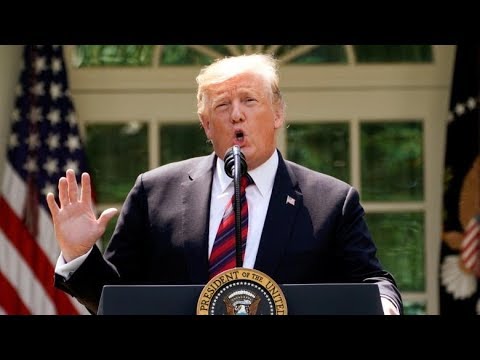 ‘Never threaten the United States again!’ Trump tweets stern warning to Iran ‘Never threaten the United States again!’ Trump tweets stern warning to IranWill turning now to another tweet by the US president that sounding alarm Bells this time a grave warning that he has sent to Iran, Laura McQuillan is following that story for us to Laura. What is the president’s name looks like a continuation mixed messages. We’Ve been saying from Donald trump-owned around in recent days, Natasha he’s been saying recently that he doesn’t want a war he hopes he won’t be able to, but now this tweet, which suggests he will have one if he needs to. He says if around wants to fight that will be the 2 and over on Nimitz reason that the United States again – and this came just hours after a rocket – was fired into baghdad’s Greens on Allegiant late by a ranian vax militants in a rock. So that may have prompted this tweet, but a lot of speculation around exactly what was going on with these Spike intentions, currently with a Ron White House, of course, ordering warships involvements the region earlier this month getting around back to the negotiating table, so Donald Trump can Then claim credit for getting a new nuclear deal with Iran and think he revealed some of his cards and an interview with Fox News when I say about the current situation, with the Run Aria hospital and Tritt before that Summit that he got with Kim and Kim He’S always praised it. I think that if you look when I went to North Korea, they were nuclear tests all the time there were missiles going up all the time we had a very rough time. Then we will see what happens right now, tweet from Donald Trump. Actually seen some reaction this morning from around that foreign minister Natasha and and that he sees it, Donald Trump go to buy the B-Team hopes to achieve what Alexander, gangis and other aggressive failed to do around the inserts total from Millenia Grace’s full gone. He said terrorism and genocide, route won’t quote Endor on its is never threatened and around and try respect it works. So it appears now that around is trying to call Trump Bluff on exactly whatever it is. I’M at the point in time. Donald Trump took to Twitter to issue a stern warning to Iran, saying: “If Iran wants to fight, that will be the official end of Iran. Never threaten the United States again!” The move comes after mixed messaging on Iran from the U.S. president in recent days.
To read more: http://cbc.ca/1.5142205