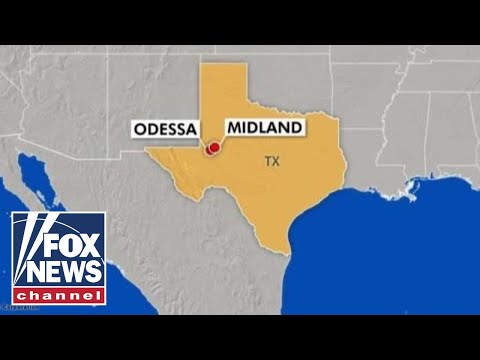 Odessa Mayor: one suspect, dozens injured including law enforcement Odessa Mayor: one suspect, dozens injured including law enforcementDavid Turner is the mayor of Odessa, Texas and Amer. Turner joins us now. Thank you, sir, for 4 gone with the, so it’s this situation continues to develop, update us on the situation on the ground there in Odessa. What do you know? The information that I have is always one suspect suspect is deceased, multiple injuries, citizens. We also have some law enforcement, who has been injured, don’t have the numbers or the names yet, but I’m headed back to Odessa now and I will have that one suspect not to Vehicles was there was that one set back in the postal van that we’d heard About, actually I don’t have, I was actually in it work when I got the phone call, so I’m headed back now, but last conversation, okay, Allen on terms of the you said, multiple injuries in any fatalities that have been reported have not heard of it. Has the internet been described to you in any detail terms of the suspect was driving shooting out of the vehicle shooting and getting back in the vehicle? What was the description of the actual incident that you were given, not suspect so but, like I said, it’s still there. shooting where in the where in the town did it happen, believe that 191 and loop 338? What’S? What is that area like and I’m not exactly sure where it went from there, but they started shooting and got back in the car at I miss that part when you said yes, I believe it was just random. Okay, what about law enforcement in terms of their response and then also their injuries, but those are very tentative. Hospitals are on lockdown, okay, so if the total – maybe a dozen or more and at least two or three of those are law enforcement, obviously numbers that you change it, but then would you describe the the incident is now being under control. I believe it is until enforcement there’s no reason to believe that there is any other vehicle out there. Another okay, we just want everyone safe David Turner, the mayor in Odessa, Texas, check back with us, mr. mayor and good luck on your on your on your trip. Back After earlier reports of two suspects, Odessa Mayor David Turner tells Fox News that there is one shooter and multiple victims.