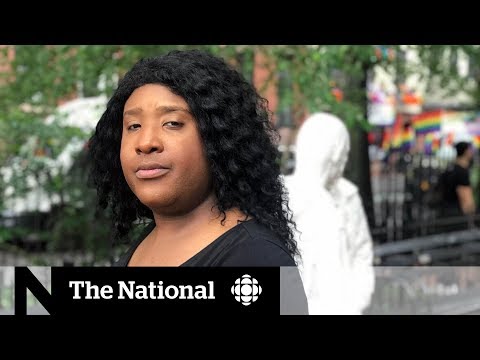 On Stonewall anniversary, New York’s trans community feels left behind On Stonewall anniversary, New York’s trans community feels left behindStonewall Inn brings mixed emotions Pride for the black Trans women like her, who led the fight 50 years ago, but anger that after Decades of progress, she still feels like she’s on the outside. You know: there’s been lots of visibility. There’S been lots of progressive legislation across the country, but within the larger lgbtq plus acronym, but he’s still kind of remains silent. She can’t remain silent by the guide read what she feels is a sanitized version of events that overlooks the contributions of trans women of color Stonewall was a riot, never forget it. Atq Community fought back against police at the Stonewall Inn. Trans women, like Marsha, P, Johnson and Sylvia Rivera we’re on the front lines for the days that followed they were in the thick of the protest, ultimately sparked the modern gay-rights movement, but decades later the job, discrimination, violence and police harassment. Johnson faced are still very much. The reality for transgender women, like Jocelyn Castillo Casino Santo, she says, if I go out after 10 p.m. listen to New York Police use, a law against loitering to Target people were essentially walking while trans. According to a 2015 survey of the transgender Community, 58 % reported harassment by police and then there’s since 2018. At least thirty-six transgender women have been killed in the US recently. The New York police apologized for their actions at Stonewall 50 years ago, reaction to the laws discriminatory and oppression, and for that I apologize going to take 50 years for the NYPD to apologize for the things that they’re doing to black and brown transposed today. What art installation in the world to honor trans women a bit of History? Those analysis will take more than a statue and an anniversary to help. People like her feel truly accepted. Steven D’Souza CBC News. On the 50th anniversary of the uprising that is the reason Pride events are celebrated in June, members of New York’s trans community say they feel left behind by social progress.