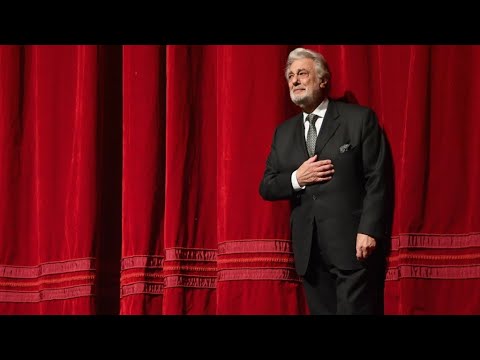 Opera star Placido Domingo faces probe over multiple sexual harassment claims Opera star Placido Domingo faces probe over multiple sexual harassment claimsPlacido Domingo is considered as a living God in the Opera world, but he now faces dozens of accusations of sexual harassment. Investigation led by the Associated Press, found that over three decades the Spanish soup. should women into sexual Relationships by dangling jobs and then sometimes punishing them professionally. When they refused his advances on the record, Patricia Wolfe a retired opera singer, I was being harassed. He wanted me to come home with him. He did not want me to go home. He wanted me to somehow be with him that night, each of the nine csb women told AP. Domingo made suggestive advances to them. Journalist also spoke to other singers backstage stuff and musicians who witnessed inappropriate behavior by the offer, a giant. The world-famous tenant refuse to answer specific questions, but did release a statement answering the accusations. The allegations from these unnamed individuals, dating back as many as thirty years, are deeply troubling and, as presented inaccurate still, it is painful to hear that song set anyone on made them feel uncomfortable and, despite my best intentions, I believe that all my interactions and relationships were Always welcome and consensual people who know you met or who have worked with me know that I’m not someone who would Chinle home offend or embarrass anyone. However, I recognized that the rules and standards by which we are and should be measured against today are very different than they were in the past. I am blessed and privileged to have had a more than 50-year career. I will hold myself to the highest standards. Members of the Opera industry describe Dominguez Behavior as an Open Secret AP that they independently verified that the women stories matched patience and overlapped with those of Domingo. The findings revealed the victim had consistent, similar patterns. In that narratives night he would express interest in their careers and helping their careers, and he wouldn’t ask them to come meet him privately, to come sing for him to sing an aria for him, often at his apartment or his hotel room and the women described. Feeling of being in a very precarious situation, where they didn’t want, say yes to these overtures, but they didn’t feel that they can say no. Given his position of power me too movement. All of them said they hoped that Revelations would put a stop to the Opera Giants. Unwanted advances, Subscribe to France 24 now:
http://f24.my/youtubeEN

Opera great Placido Domingo defended himself against multiple accusations of sexual harassment Tuesday as the Los Angeles Opera opened a probe into the “concerning allegations” and another group canceled one of his performances.