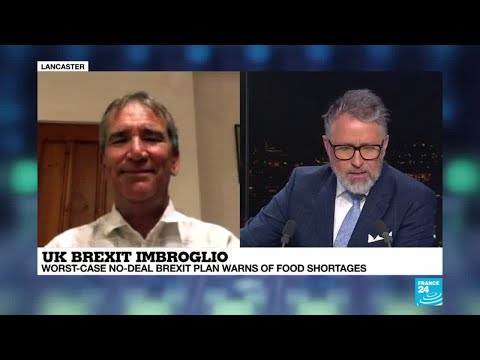 Operation Yellowhammer is a hammer blow against the idea that Britain is a well-governed nation Operation Yellowhammer is a hammer blow against the idea that Britain is a well-governed nationLet’S Get Set the analysis on this one and the reaction and bring in at Mark Garnet from the University of Lancaster up then the northwest of England that mechanic. Thank you very much for joining us gives you a reaction to this is actually break the past hour. These papers order to be released last week. What is your reaction to what you’re seeing and what you’re learning within White’s all the results of plans with lots of different scenario, some of which would be extremely alarming for the problem with this particular document. Is that the emergency which yellowhammer is as opposed to possible consequences of a course of action which is being chosen by our current government, supposedly as a negotiating tactic? Now the government wants the public. What you think that lady you need a lot more than that Britain needs be you, but these documents pains around the difference picture and they do, I think, you’re trying recent. It really pays a picture of the government embarking on a gamble. I gamble which mice even involves at the lives of people, as well as the other things which should be really well-publicized about medical supplies which, in the end People’s Health in life. So you know they changed out. They could occur in a reasonable worst case scenario. Would you think about that? It’S really is that this isn’t a Lamas. This is what really might happen if things go very badly, and that is something that government should take into account when embarking on a particular course of action and a game no deal is being that supposed to be anyway taking off the table by Parliament. I think it goes again raised questions about the the Judgment of ministers who are prepared to put the public at risk now. The real big problem about this is that usually these things are dismissed as a product of project beer to make. The British people think that it’s easier, that’s her to remain in the EU, because the consequences will be fearful, but when government officials what’s the duty of looking after the national interest, when they produce documents light list, then really it does begin to expose the other side. The judgments of this government has raised questions about its suitability, Soul. So I think, raises questions about institution, very, deep questions, because once this document is in the public domain, this is a kind of situation by an elected president. You might think would step in and perhaps ask for the resignation of the Prime Minister. Well, as we’ve seen it all comes to tradition, the queen doesn’t have that kind of active rolled. So this is something brexit. The effects of brexit just roll out throughout the whole of British life in British politics into the British constitution. Nothing save the game and this is a yellow. How much document? But it’s a hammer blow against the idea that Britain is a wealth of nation Indies on the wealth, the well-tuned phrase that mock-up. Finally, I with the V King of the judges in Scotland, saying that this was unlawful, a closed out of parliament as far as Johnson have any auction or other than to fly in the face of what people are saying, but other than that. That would be the prudent course of action of a better game. This court case in the judgments and Scotland his show just how Ro already the wounds are within the British body politic, because I’ve seen today online people linking this with a Scottish nationalist campaign to independence from the United Kingdom LOL some people on the brexit. So I just saying this is a reason why Scotland, this is terrible situation by calling voices and needed. The trouble is 70 valve. Leading politicians are present discredited, but it does need, I think, senior politicians to get together and try to work out something with my e, but eventually to a government of national Unity together through this crisis and take National Unity. That seems like a very Subscribe to France 24 now:
http://f24.my/youtubeEN