Opinion | The Democratic debate issue that is not up for debate 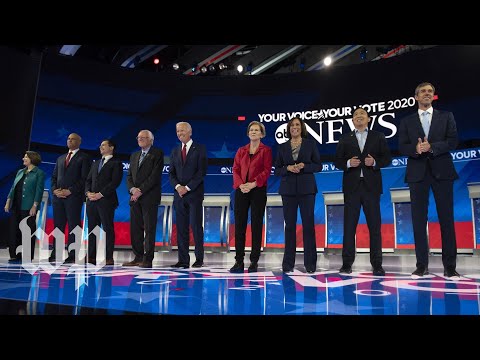 Opinion | The Democratic debate issue that is not up for debate Opinion | The Democratic debate issue that is not up for debateRacism in America is endemic is foundational at the 4th of July 1776, we have systemic racism that is eroding our nation from Healthcare to the criminal justice system. The generational theft of the descendants of slaves is part of why everything from housing, education to health, to employment, basic puts us into different countries. We will create an office in White House problem of white supremacy and hate crime, and we will make sure that systemic racism is dealt with in substantiv, planned from Criminal Justice Reform. The disparities in healthcare to do business with minority-owned businesses, 90 % of people that are incarcerated in local and state jails. Let’S reduce those sentences for non-violent offenders and let’s get them jobs and let them when they get out of prison. Systemic racism preceded this President, and even when we defeat him, it will be with us. Systemic racism needs to be dismantled. The next president must have the courage to tackle it, argues Kate Woodsome. Subscribe to The Washington Post on YouTube: https://wapo.st/2QOdcqK