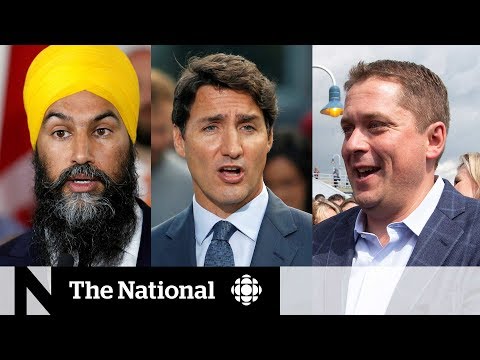 Party leaders hit campaign trail across Canada on Day 1 of the 2019 campaign Party leaders hit campaign trail across Canada on Day 1 of the 2019 campaignI’M David Cochran with the liberal campaign in Vancouver where the party is about to hold its first major rally of this election campaign. British Columbia is an important problems for the Liberals, electoral hope it is one of the most important yet unpredictable Battlegrounds in this election. The first little rally is in an NDP held seat, and that gives you a clue to what the liberal strategy is here. They think in British Columbia, their best chance of gaining is at the ndp’s expense, to expect to see Justin Trudeau in the opening days of this campaign for your frequent visitor, Randy beheld riding on Katie Simpson in Vaughan, Ontario just north of Toronto and her sheer is Spending time here, because this is a middle-class suburban community, where the cost of living is shooting up cheer things, that his put a conservative government will leave more money in your pocket or resonate with voters who live in communities just like this strategically here needs to pick Up seats in this is both Rich part of the province. If he’s going to have any shot at winning a majority. I’M not saying strategy is why she has started today in Quebec is going on the offensive trying to make big gains in both provinces in the hopes of taking Justin Trudeau’s job. I’M Hannah thibedeau in Mississauga Ontario they’re Toronto, where NDP leader, jagmeet Singh Is Now hunkering down for debate prep, while the other leaders are flying about thing started his bus tour in London Ontario the ndp’s limit of War. Chest will keep things team on the ground for the first couple of weeks, with only one official campaign, bus and the flame only take off towards the end of the campaign. The party is struggling to get a Full Slate of candidates with over a hundred still to be nominated, but sing says he can show Canadiens. He is the Bible alternative to the FrontRunner, the Liberals and the conservatives. Many polls suggest he is in a tight race for third place, with Elizabeth May’s green party, nipping at the ndp’s heels of every party to join us and accept the targets that are driven by science, not by Politics. The green party has some momentum after strong provincial performances, and they have a goal. Seats needed to gain official party status. Former Harper cabinet minister Maxime, Bernier, is making his debut as a party leader in this election is People’s Party of Canada is focusing today on immigration policy, the only party with a proposal with your immigrant. So, on this day, one of the campaign, where do the party stand, Evergreen AC, DC’s pool analyst Eric the two parties? This race has started off in a very, very tight, very close way, turn white. In the poll tracker. We have the Liberals and conservatives tide at 34 % of Peace. We have the new democrat they’re trailing right now in 3rd, at 13 % not too far behind is The Greens at 11 % Bloc quebecois at 4 % about 19 in Quebec and 3 % for the people’s party, so I’m very close race on day. One of the campaign for first place and also close race, 4/3 well yeah. Let’S take a look at the sea projector from the poll tracker because of liberals have a lead in Quebec. In Ontario Reza conservatives are running up numbers in Alberta in the Prairies Thicket. Liberals are favored in the seat. Count right now reject them to win somewhere around 165 seats figure on a hundred 44, the conservatives, but you can see that the ranges overlap quite a bit in that both parties theoretically could get over the majority mark. Look at the other end of the line, though what can be quiet and the new Democrats are actually in the running for that third spot in the House of Commons in the green, they could win more seats at the end. They might want to double that Erik I’ll, never get tired of those Graphics. Thanks for being here tonight, talk again soon. Party leaders fanned out across the country to try to get their messages through to voters.