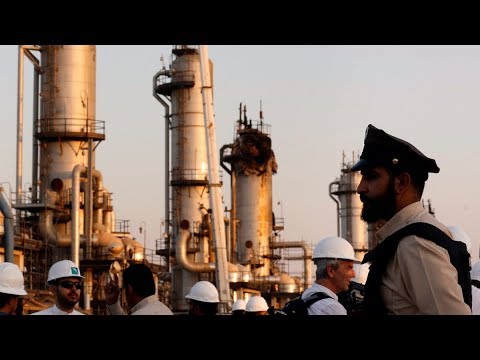 Pentagon says Trump to send troops to Saudi Arabia Pentagon says Trump to send troops to Saudi ArabiaThe Pentagon says President Donald Trump will be sending troops to Saudi Arabia in an effort to beef up that country’s air and missile defenses, making bachelor’s been following this. So what do we know so far? Megan well rush me just broken the last hour or so the Pentagon, confirming that the US will be sending additional troops to Saudi Arabia. Just how many we still don’t know what this point all officials would say was it wouldn’t be in the thousands, and this is in response to that attack. We saw last Saturday and Saudi Arabia on to oil companies there. This was using drones and missiles and caused quite the devastation for those two state-owned companies in Saudi Arabia and initially us Donald Trump had blamed a run for these attacks. He took to Twitter on Sunday saying that the country the US was locked and loaded and ready to respond to these attacks around has denied any involvement in this. This response that is going to be sent to Saudi Arabia from the US. They say that this is being sent on the kingdoms, request. Here’S what else the Pentagon had to say about what is now going to be happening. Saudi Arabia request an international support to help protect the Kingdom’s critical infrastructure. The United Arab Emirates has also requested assistance and response to the kingman’s request. The president has approved the deployment of us Force, which will be defensive in nature and primarily focused on air and missile defense, and so it is believed that this will help in their defense. As that clip just said, and it’s this news comes down on a day where the oil companies actually showing the media around and showing the damage of these attacks. Last weekend, they say that 15 towers and facilities had being hit by these drones and missiles. They expect to have oil production up to its normal capacity by the end of number, so against. Iran has denied any involvement in this attack, but the US is sticking with that. They believe that around was involved, and now they are responding to Saudi Arabia’s request for additional troops on a defensive level that will be sent Pentagon will be sending those rush me. Thank you. Meghan The Pentagon announced it will deploy additional U.S. troops and missile defence equipment to Saudi Arabia and the United Arab Emirates, following an attack on a Saudi oil facility. Iran has denied any involvement, but the U.S. says otherwise.