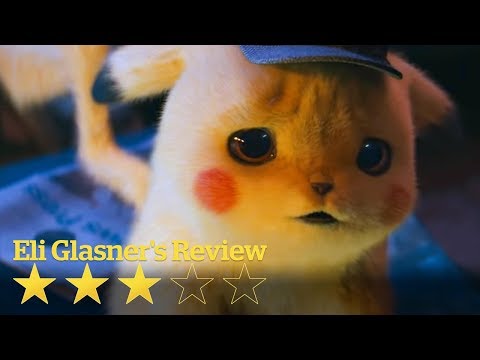 Pokémon Detective Pikachu Review: Reynolds’ familiar sarcasm returns Pokémon Detective Pikachu Review: Reynolds’ familiar sarcasm returnsWoke up with a heavy case of Amnesia, the middle of nowhere. All the Avengers may still be dominating the box office three weeks on, but there is one character hoping to take on Marvel’s. Might this weekend he’s small he’s, free, yellow and goes by the name and the Sparky little guy has got a little extra Starpower from Canada’s Ryan Reynolds Pokemon detective Pikachu is in theaters today, Pokemon Pokemon creatures, some Pokemon are captured a little. I don’t know I guess they do. Our bidding and Pokemon are equal. How many years ago was it he’s going to leave that life behind, but he’s called back because his father police officer goes missing, maybe even murdered, and so very is back in rhyme City Chiefs. I remember you yeah that didn’t really work out there you go where he sees it, Pikachu himself, a little do like that, but, as you suggested, that’s not what are Pikachu sounds like he sounds like a different kind of superhero Pikachu. This kind of throws him for a loop, but eventually he kind of gets it together and they realize that him and Pikachu are connected because the picture was actually his father’s partner, Pikachu join forces and solve this mystery cuz the dad might still be alive. Okay, that’s a lot to understand they’re for sure I did want to give some credit to Justice Smith who played the Smith and if he has an ability, just being this nervous kind of guy. Reacting to what, as you see, the adorable furry face, the furry furrowed brow with Pikachu gets more and more scared in the eyes get bigger, and then he opens his mouth and it’s like baby Deadpool before he learn to swear, and so it is an interesting switch To you know previously adorable character, and I think we’re really doing as he is trying to push Pikachu as far as he can being a kid-friendly, an underground Pokemon trainer wow sustantivos que cars to Fresh nipples. I have to think that that’s some kind of improv at point it’s very familiar, but I will say it’s it’s funny so funny and worried about Reynolds kind of falling into a bit of a rough, but it is plastic personalities. What I was missing was actually the Pokemon battles, like you, know, the classic kind of card game or video games where you play your Pikachu and then they respond with like a leaf monster than you do the rock. I did miss that later that what we have is this pseudo mystery with the fatherless boy stomping around Ryan City. We got Pikachu with performance issues, so he’s not really doing this thing anymore, even safe anymore. I guess for the five-year-old’s in the audience. So this is surprisingly the most realistic Pokemon movie ever made, instead of in the middle. Long by the charm of Ryan. Reynolds, I’m going to give this three stars out of five. But if you want a little extra cute have a bonus for you, because the opening of detective Pikachu, but then it transitions into its Pikachu doing Jazzercise for an hour and a half top of the YouTube chart. It is undeniably adorable, so adorable. Oh, this is so much to understand. Canada’s Ryan Reynolds is back on the big screen, but this time as the voice of furry yellow Pikachu. Reynolds appeals to adult audiences by pushing the jokes as far as he can, but it’s still a kid-friendly film.