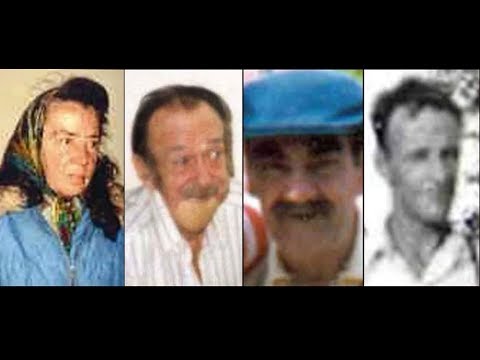 Police ask for tips in cold case homicide investigations of four seniors Police ask for tips in cold case homicide investigations of four seniorsPolice in Ontario are making new efforts to solve the case that has baffled for 20 years. It conserves for seniors who went missing in the Muskoka region. Their bodies have never been found. Disappearance of these for seniors has been exhaustive and that the file has never been closed. We have utilize significant OPP human resources and Specialty Services over the years that I cannot name in order to protect the Integrity of this investigation. I want to be very clear: the opp is treating this as a homicide. Investigation on CBC and Timothy southwell worked on that episode he’s here in studio now, so we heard this press conference today. Timothy did you hear anything new from it before so? This is the first time in 20 years done this. They have not said almost. Is it almost nothing over 20 years on the story, we were asking them for information and they had no interest in talking to us. This is something new for them. I don’t exactly know why and what they did is essentially lay out the case as we did in our story, but there was something new that they said today. The surprise me and we have a clip that she was going to talk about this. I can confirm during the operation of these homes, 16 persons died with 12 being reported to the authorities. The four remaining deaths that were not reported are the four remaining into the four missing individuals that we are seeking information on today. So he’s talking about the family that owned these care homes for these seniors were living at the time when they went missing, and we now know 16 seniors, including the four that were talking about today. Reynolds care homes that we never heard that until today, and as Of yet we don’t know the circumstances, but the police are obviously interested. Siri was because it hadn’t been disclosed up until our story ends. What we did is we went to court and ask for them to release the search warrant that the police had put together, which is essentially a road map of their investigation to date, and we were successful. So we had hundreds hey to the search warrants released and we found three important things in the search warrants. We found number one that the cat lady, whose she’s known as the cat lady her name, is Joan Lawrence. One of the victims in the case was concerned that some of her money had been stolen, found her disappearance and she told people in the community. She was going to confront the Lambs about her stolen money, and that was the last anyone ever saw for number two. We learned that one of the land Brothers, David land, had access to her bank account to a Lawrence’s bank, account last person to draw money from her bank account and finally, they laid out who their suspect was, and it was David land. They believe he was the one that committed the murder, along with his uncle Ron. Allen can right now is B16 people who died. We know something about the first four, but what about the other twelve? What were the circumstances where they died? What were the reasons for their death and they say, haven’t – cooperated with the police and I’m guessing. That’S where a lot of the answers lie and we’ll have to see if the police can find out or imaginable do something as well. Police in Ontario have made an appeal for new information in the suspected homicides of four seniors who mysteriously disappeared in cottage country more than two decades ago. Ontario Provincial Police have long said foul play is suspected in the missing-persons cases of Joan Lawrence, Ralph Grant, John Semple and John Crofts, who all vanished between 1997 and 1998.
To read more: http://cbc.ca/1.5224453