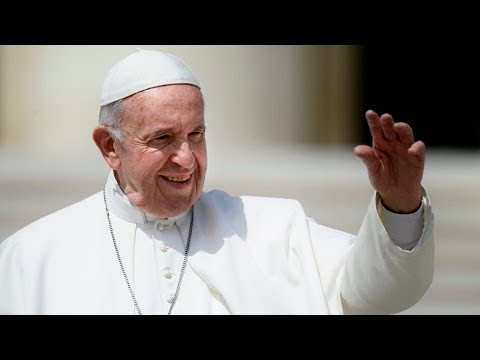 Pope orders clergy to report abuse Pope orders clergy to report abuseA big changes coming to the Catholic Church, the pope is now making it mandatory for clerics to report any instance of sexual abuse. The decree says that every Roman Catholic Diocese in the world must set up a system to report such abuse and that anyone complain directly to the Vatican. Megan Williams has more from Venice Italy on the world, are legally obliged to report cases of sexual abuse or cover-up within the Catholic church, and that is a major change in his what many people were hoping for out of the February meeting of that looked at the Issue of sexual abuse – this came about today, and these changes will be implemented in June and in it he delineating what Khan toots abuse. He said that the abuse of minors and vulnerable people and expanded that definition of vulnerable people and said minors are 18 and under or live the country’s law of what constitutes a minor, Mickey, also attractive abuse of power of Youth Authority as constituting an abuse and pronography Child pronography was added to it as well The Possession dissemination and and production of child pronography and the procedure it has been made much more clear and centralized brought. It needs to be brought to the Vatican with a 90 days. What’S not clear, however, is is what what the punishment will be, that there aren’t changes in the process of of legal hearings at the Vatican is somewhat opaque. Still so Survivor groups are are still unclear as to what’s going to happen when, when investigations are launched, The Climb is a Dylan dated and at least a structure in an order in place there, but something it’s been advocated for so long. Why is the pope making these changes now conference on the issue they be called in February and get me know, even though it was sort of late response to the issue when he was elected Pope he talked about zero tolerance, but he really did not walk the Talk and the survivors were bitterly disappointed after the February meeting saying that there was nothing concrete. I think this is the pope saying look. This is what we’re doing were implementing these rules around the world, and you know it shows that he, he is doesn’t seem to have got it until recently and, of course, survivors wish that that learning curve was was even steeper in the sense that the rules that He’S implementing come with clear punishments that that right now, don’t don’t really exist. Story are not harsh enough for for what many people would like in terms of from also prevention to. But you know this is. This has been an issue, as we know, that’s been around for Kate’s, and certainly the pressure on Pope Francis has been growing and the frustration among survivors that the Catholic Church really needs to finally do something about it: globally. Pope Francis issued a new canon law requiring all Catholic priests and nuns around the world to report sexual abuse by the clergy, as well as coverups by their superiors, to church authorities.