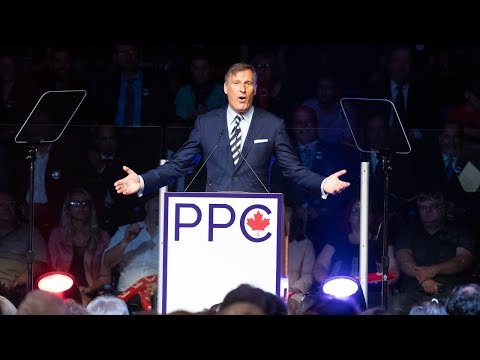 PPC ousts candidate who asks Maxime Bernier to denounce racism PPC ousts candidate who asks Maxime Bernier to denounce racismWe’Re just days into this federal election once again we’re hearing about another party hosting another candidate, and this time it’s the People’s Party of Canada. Megan Roberts is working on this story. What can you tell us Megan a couple of days after this posted some videos on Twitter calling into question the leader of the People’s Party of Canada? Let’S take a look at the candidate himself. Bryan Miserables has a photo of him from one of those videos. He called on PVC leader Phim Bernier to distance the party from racism. Let’S listen to a clip from a video clearer about that. I don’t know how the hell you expect me to campaign for you you’re pretty nice. The onus on me to show that we don’t do this. Like you understand, I mean you should understand how hard it is to Canvas and talked to people. I don’t want to be berated by people who think I’m an actual Nazi posted those videos talking about some. His therians campaigning with a party 2 days after that he said on Twitter that he had been removed as a candidate for the party, no clear explanation. Given the people’s car Party of Canada, he said that he just got an email from the headquarters, saying that his Candace kendisi was revoked to thank people for their support also said that there was been, there had been a bunch of stress that was really unbearable. So that’s one candidate People’s Party of Canada and we’re also hearing about a Conservative candidate Cameron, Ogle V. He was running in Winnipeg North. That’S him there. He sat down at the request of the party because the party be conservative party became aware of what it called discriminatory comments post. The social-media I know what’s interesting here is that the conservative party says that all will be deactivated. The social media accounts on which the comments were posted during the vetting process of the only became aware of those comments, and they are not the only ones they’re just the latest, as you say, Megan who else has been forced to leave this race? I mean we’ve been seeing people dropping out across party lines, often due to social mediapost slow due to accusations as well. Let’S start with Eric showman, he was a green Party candidate and he posted a photo of himself at one time, helping to roast a pig with a caption suggestion that they mail that pegged to Muslims. So that came out not immediately clear when the photo happened. He was eyeing, the green party says, has zero tolerance for hate speech of any kind. There were two NDP candidate that were also forced to draw doc Curry due to comments on social media directed at Pro pipeline protesters. Olivier Matthew dropped after an accusation of domestic abuse, which he denies so those two NDP candidates, the race and then. Finally, before the campaign even started, there was a liberal candidate that dropped the sangria. The Liberals dropped him after a national Jewish organization, accused him of making anti-semitic comments. So he denies the allegations party still ended up, dropping him. So even before the campaign officially started, we are seeing these candidates drop. It begs the question: what’s going to happen as this am stopping the the campaign continues. The People’s Party of Canada has ousted a candidate after he asked party leader Maxime Bernier to denounce white supremacy from within the party’s ranks.