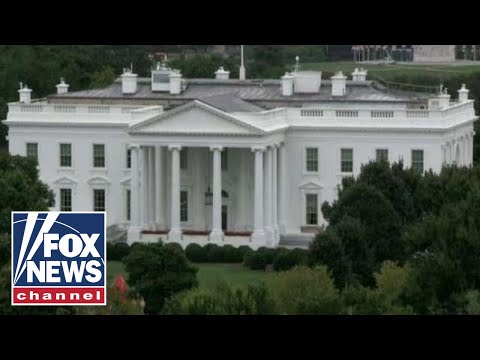 President Trump to host Otto Warmbier’s family at the White House President Trump to host Otto Warmbier’s family at the White HouseThere will be a very meaningful get together tonight. President Trump will host the parents of Otto warmbier and some of his friends for a private dinner this evening at the White House student who was falsely, arrested and then tortured by Kim Jong on his goons for 17 months, North Korea finally released Auto in 2017. He was in a vegetative state, deaf-blind unable to speak. You had suffered heart, severe brain damage and he died shortly after he returned home in Cincinnati. What does this dinner mean and what could they tell the president about the regime? That’S so savagely murdered their son trade. Also former ambassador to Singapore under President George W bush, currently chairman and CEO of export now, and is an Asian Specialist or Frank, very special evening, obviously, symbolism it showed Kim Jong on that we as a country as a president that Administration we will never forget a Young American who died this way clumsy all of these are very important steps, but let’s not Overlook the human factor, and this meeting elevates that him. The fact elevates the very sad death of Otto warmbier and reminds North Korean. If you harm America, she were subject to pay the cost. For that enough, the example one 500 million dollars in a in a lawsuit they’re trying to get some of the assets even going to Europe. I mean that hasn’t happened. What I’m dealing with Otto warmbier and dealing with you in right sprayer in the way they start over there there, people in and have work camps and one of the worst violators of human rights on the Earth today already in the right sequence: villages in terms of Possible damage or harm done. The number one goal is stopping the nuclear test and stopping the missile test with that’s got to be front-and-center. After that, we await on human rights, normalizing relations, Otto warmbier, so you got to keep it balance. Cho having his dinner is perhaps more symbolism anything else, but it’s the right kind of symbolism in it does send the right message to North Korea. I think you got to find a balance. You got to have some kind of working relationship with the North Korean government. I’D be very careful about words used to describe them because he’s not deserving a lot of Praise in my view by, but you need to function. Can you put these folks and the same time? You need to be to have to remind North Korea that we know what you really are. We know what’s behind the mask, you were ambassador to Singapore and then, when she spoke about that she called diplomacy, a charade here is Miss, is one of you going on right. Now it’s called diplomacy. How can who have diplomacy with someone that never tells the truth? That’S what I want to know, I’m all for it, but I’m very skeptical, Eli’s Eli’s Eli’s all for himself and show how do you balance diplomacy having to reach out to that and everything that came promises he hasn’t done? Yeah, that’s! A very powerful statement. Is your heart goes out to the mother and I think it’s words to the wise to say it’s bald well and good to sign in Greenwood, but you better have some kind of enforcement and police messages, because no guarantee that he is going to keep his word On can we ever guarantee that owed? What type of progress do you want to see turn on doing game Ron Envoy manipulation, the exercise, then he devised value from sort of collaborating, and maybe I can almond benefits – are joining the family Nation. So I think the challenge the United States in for our allies is: how do we change that equation? To say: look if you keep violating laws, it’s going to get worse, but if you stop opportunities right part of President Trump is one beer again talking about the evil of that was a problem. This is not a land nuclear problem. This is a problem that we’re dealing with absolute evil. We can ignore it like. I would have had this not happened to me, but I can’t guarantee that something, that’s not going to happen if we leave things alone, absolute evil. Well, I’m glad the mothers out there with that message in the one thing we can all say to all of our friends. Relatives. Other college kids be careful about your travel schedule. This plenty of places this world to visit that are democracies, the respect human there’s, no need to go and see a dictatorship you’re putting yourself at risk and do you think they can never reform optimistic and Jen about human nature? But I don’t think I’m to this. Fellow, I don’t think this battle is the reformer he’s an establishment. chairman of the expert, now Frank, see more about that dinner tonight will be reporting over the weekend. Otto Warmbier’s parents Cindy and Fred, and Otto’s friends dine at the White House.