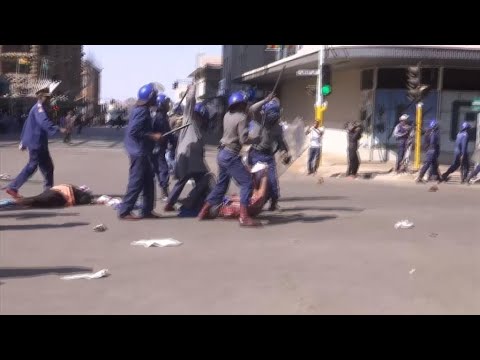 Anti-government protests turn violent in Zimbabwe; police are filmed beating peaceful protestors with batons, including elderly women. We hear from documentary filmmaker and journalist Hopewell Chin’ono. Worry spreads in DR Congo as two cases of Ebola are reported in a new province; authorities are working to track those who came in contact with the patients. In Kenya, the steep but silent decline of Africa’s giraffe population; numbers have plummeted by 40% since 1985.