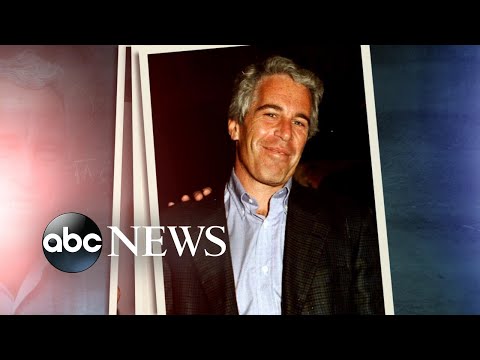 Questions swirl after accused sex trafficker died by suicide in his jail cell Questions swirl after accused sex trafficker died by suicide in his jail cellWe begin with the latest on the death of Jeffrey Epstein attorney general in New York City was taken off suicide watch. At least two Federal investigations are being open to look into the circumstances surrounding Atkins death hey good morning guys. Will the justice department announced to Federal investigations into the apparent suicide of Jeffrey Epstein here at this Correctional Facility Inspector General into any possible wrongdoing at this facility multi-millionaire financier and accused sex trafficker? Jeffrey Epstein is dead after an apparent suicide at a New York City jail, but his accusers still want the 66 year old was awaiting trial on federal charges, accusing him of sexually abusing dozens of underage girls. He was likely going to go to jail for the rest of his life. Had he been convicted for 3 weeks ago. He was suicide. Watch after being found unresponsive in his cell, ABC News has learned a week later he was taking off some of his accusers. Like Michelle. Licata are angry at the news of his death. I never wanted anybody to die. I just wanted him to be held accountable for his actions that he did less than 24 hours after 2,000 pages of you, documents were made public for the first time without these agents leveled against Epstein and other prominent men screaming on the inside, and he don’t know How to let it come out, all you do is obey was against Gillian Maxwell. A long time I’ve seen associate, and British socialite in court filings. Goufrais says that Maxwell recruited her while she was working as a locker room attendant in 2000 and was groomed to be a sex slave, powerful men, including numerous prominent American politicians, powerful business executive, foreign presidents and other world leaders in deposition. It’S the money included in the Trove of documents, goufrais alleges that she was directed to have sex with British royalty prince Andrew former governor and two un Ambassador Bill Richardson and the former influential senator from Maine George Mitchell. All three men has strong deny the allegations and statements. Boze, Mitchell and Richardson say they never met Miss goufrais in an interview with the Miami Herald. Goufrais spoke of what Epstein and Maxwell would instruct her to do. Give Jeffrey what he wants. A lot of Painting came from DeLand herself, it started with one and then it trickles into two and then before you know it I’m being went out to politicians and to academics than two people that were royalty. She has consistently denied the allegations her lawyers writing that goufrais had utterly failed to substantiate her patently incredible claims of being trafficked. Two well-known men other alleged victim statement to the fact that Epstein took his own life within 24 hours of the unsealing of detail. Documents is no coincidence with Epson doesn’t end with his death promising the alleged victims at the investigation will continue, and Tom you’ve been covering this case extensively from the beginning. You interviewed many of those victims from here conspiracy charge here. You also have the US attorney’s office in New Mexico, where Epson had an estate they’re still investigating that accuser, saying Epstein was not the only electric monster in this case they were people who helped him get these underage girls. Now investigators will be look into that, but the really sad part about all of this is that Orchard be safe for use by Jeffrey Epstein and now, with his suicide, he sort of torture them and tormented them was just to see him. They won their and disappointed, and let down that this was able to happen at what could just as look like everyone, George Stephanopoulos here, thanks for checking out the ABC News, YouTube channel, if you’d like to get more video, show, highlights and watch live event coverage click On the right over here to subscribe to our Channel and don’t forget to download the ABC News at 4, breaking news alert thanks for watching Authorities and politicians say the criminal case against Epstein doesn’t end with his death.