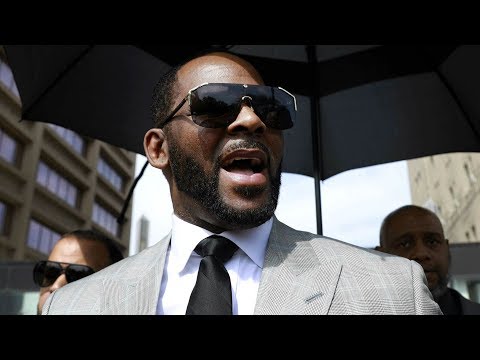 R. Kelly faces 2 new sex charges in Minnesota R. Kelly faces 2 new sex charges in MinnesotaCigar Kelly is being charged with more sex crimes. He is accused of soliciting sex from a minor in Minnesota is already facing other sex crime charges in Illinois and New York, Stephanie mercier’s following this for us tonight, Stephanie the windows latest complaint in Minnesota. It centers around a girl who was under the age of 18 in 2001. According to her, she saw R Kelly at a concert in Minneapolis to ask for his signature. She apparently got that signature, but was also phone number. She called that phone number and says that she was invited to a hotel room, but here’s what the county attorney says happened next after some discussion she was offered $ 200 to pose off in the dance before him. She accept the $ 200 he got naked and they proceeded to dance. She was also at the completion of that. She was also invited to who had the opportunity to have a VIP seating to see the concert with two counts of prostitution and solicitation, involving a minor to do with these allegations. His attorney today simply tweeted. The quote: give me a break if this is beyond absurd. The complainant, who is remaining Anonymous in this case, is being represented, is my high-profile lawyer, Gloria Allred, who is also representing of a few other women who have accused him of other things. She today commended this woman for her courage in coming forward to police, and you know Stephanie, as you alluded to their. This is not the first time R Kelly is charged with a sex crime. Absolutely this is a long story, doesn’t know the third state where R Kelly is facing charges of this kind he’s accused in many cases of using his Fame to recruit young fans, often teenagers into sexual activity and he’s 52 years old now he’s had a long music Career and allegations about his alleged sexual impropriety have gone back for more than two decades. He was first tried on child pronography charges in 2008, but he was found not guilty or some other allegations that came up after that, but really it all was after a new documentary series came out just within the last year that showed some interviews with several women Who accused him of abuse that everything really ramped up against R Kelly after it aired Ali’s record company dropped him? He was arrested this past February and he now faces charges in Chicago and New York. They include accusations of kidnapping, racketeering and child pronography Friday. He pleaded not guilty New York to five federal charges at his lawyers argued that the complainants are just roofies who now have remorse here’s. What one of his accusers had to say about that today from mr. Kelly’s defense team to call victims who were all mostly underage remorseful Rupees, is the most desperate attempt to once again take responsibility off of a predator and throw it onto minors who could not legally Consent to sex with mr. Kelly the responsibility spell and falls on Robert, the adult, so our Kelly is still being held in custody right now in New York. He was denied bail last Friday, but we should have course noted that he has always denied any wrongdoing and he has not been convicted of anything all right. Thanks for the latest on this, Daphne Minnesota authorities charged singer R. Kelly on Monday with two counts of prostitution and solicitation involving a girl under 18 in 2001. Hennepin’s county attorney said Kelly is accused of soliciting the girl after meeting her at a concert in Minneapolis. Kelly was not performing at the time, but was doing promotional work.
To read more: http://cbc.ca/1.5236826