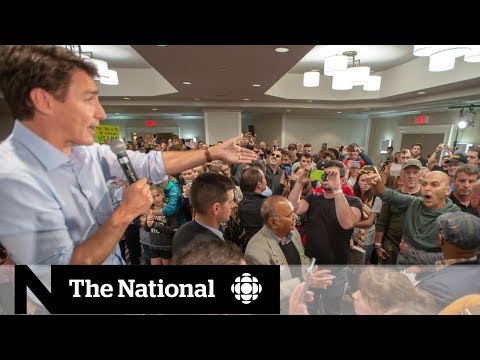 RCMP closely watching hateful online election chatter RCMP closely watching hateful online election chatterQuebec candidate Mariah Meshach said she expected some vandalism of her campaign signs, but nothing like this. It’S disgusting and it says it’s hurts that I think they hate that exists and we can see it. It’S driving ishak has also been targeted by online hate. She says because she’s an immigrant for that police have offered to protect her. I hope I won’t have to get to that point, but CBC News has learned that the RCMP is closely monitoring and volume and intensity of online threats against political leaders. A specialized unit, scours social media chat rooms and the dark web for threats and where they’re coming from then produces daily reports for those protecting the leaders. What are the most frequent Target? Justin, Trudeau, anti-immigration, post, making Auntie slamic statements and immigration statement. What is acutely aware of how identity is playing in this election policies in also trying to bring in place Economic Security for people? Is Ottawa? The RCMP are compiling daily threat reports on online hate targeting federal political leaders during this election campaign, fearing it could spill over into real-world violence, sources tell CBC News.
Read more: www.cbc.ca/1.5305905