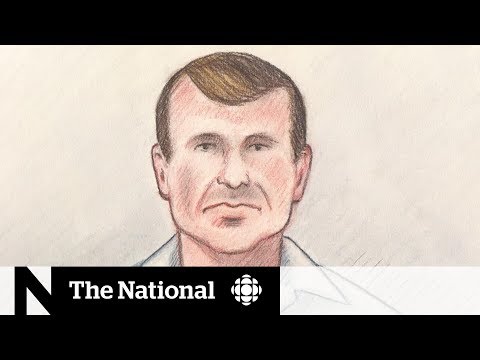 RCMP intelligence director accused of violating secrets act RCMP intelligence director accused of violating secrets actAn arrest that shake, and not only the RCMP but the entire intelligence Community to its core. The senior civilian with a forces intelligence team in custody charged under Canada’s rarely-used security of Information Act. Sorry that he obtained stored, processed sensitive information. We believe, with the intent to communicate it to people that you shouldn’t be communicating at 2. Sears, computers and cyber-security is facing allegations dating back to February 2015, accused of communicating sensitive information and Gathering more this past year with the intent of selling it to a foreign government or just head tattoo enough secrets to be bound to secrecy for Life. Classified intelligence from Canadian law enforcement Security Services, but also Allied information. He has some of the broadest access that you get in the RCMP, so it really comes down to what he took and what he was intending to do with it a nightmare scenario. His arrest Forces Days that federal department scrambling to assess the possible damage on the campaign Trail seriously. Like you might understand, I have no tonight guilty secrets to Russia. The case of a Canadian man accused of trying to spy for China is still in the course. After nearly six years, because experts say of a delicate Balancing Act, the government has it in an interest, of course, and be able to prosecute successfully. But at the same time I have to balance that against not wanting to divulge information in public in a public trial which half this has to be Nations might be here will Andrew. As you say, there are a lot of questions hear the RCMP won’t say whether or tooth is still with the force, and we still don’t know what type of secrets were talking about here were allegedly compiled, gather intent to sell and to sell to whom that the High level of clearance means it could take a lot of time to track, but this could be potentially very embarrassing for Canadian intelligence. There could be political Fallout, because Canada’s intelligence services is closely linked to r5i Partners. We share sensitive information with countries like the UK, Australia and the United States, so they will all be watching this case very carefully with interest to see just how big a breach this could be Fortis, meanwhile, could face up to 37 years in prison if convicted the Most serious of the charges that he is facing faces up to 14 years in prison. A senior member working with an RCMP intelligence team has been charged under the Security of Information Act — an event that is expected to have a ripple effect across Canada’s intelligence sector for years.