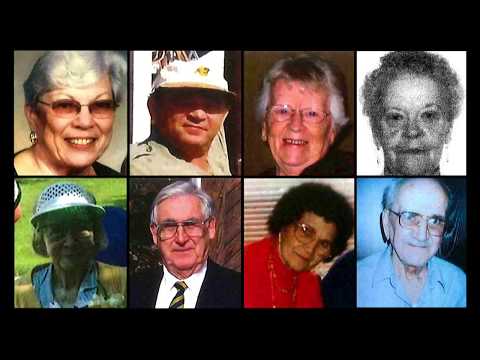 Remembering the eight seniors killed by Elizabeth Wettlaufer Remembering the eight seniors killed by Elizabeth WettlauferJim silcox was one of the nicest men who could ever want to meet kind and gentle, and he attended church every Sunday, it’s shocking and it’s saddening and very difficult, that’s extremely hard to live through what we went through when Moe passed away. It was a hard loss for us and I we grieved and we visit his grave on a regular basis. I don’t know if I forever that’s going to take a lot of a lot of soul-searching. It’S terribly shocking if you know why why that’s the only thing that goes through my mind, life would have been, but we were pretty sure she was going to make it to a hundred, and so is she and she was fun feisty. But she was a very a lady of dignity as well. I miss him. I really. I really miss him. A lot ever got Former nurse Elizabeth Wettlaufer pleaded guilty in 2017 to eight counts of first-degree murder, four counts of attempted murder and two counts of aggravated assault. She is now serving eight concurrent life sentences, with no chance of parole for 25 years. A public inquiry says “systemic vulnerabilities” let the nurse keep on killing.
Read more: https://www.cbc.ca/1.5231324