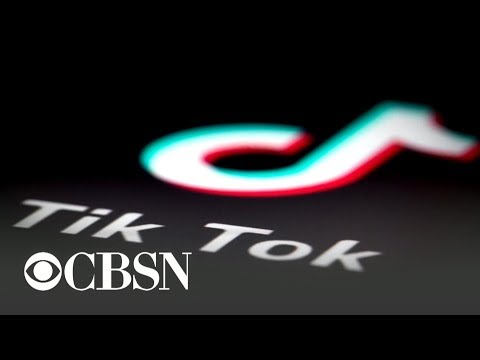 Report: TikTok may be censoring Hong Kong protests Report: TikTok may be censoring Hong Kong protestsAccording to a new article in the Washington Post, a popular app Tik Tok, maybe censoring information about protest in Hong Kong. The app is owned by the Chinese company bytedance. According to the post searching the app for the protest. You result, despite the presence of them on other sites. Senior producer Dan Patterson joins us now to talk about this. So pick talk incredibly popular social media platform for tickly among the younger people unless he shoots videos videos, so it seems like you’re in China and you go on Tik Tok. You can’t find anything about a search for hashtag Hong Kong. A mainstream apps like Twitter yields. A car company of a really interesting post, not just about the protests. You can see Hong Kong and its most colorful alive bass, but you do the same search. Tik Tok and a handful of posts turn up not just about the protest, but about Hong Kong as a whole right been regulating or controlling the narrative about these protests on other social media platforms. How is what’s happening on other social media platforms different than what’s happening on Tik Tok offensive, so they are being seeded with content that we might call influence campaign or propaganda type of content. What’S happening on Tik Tok is a little different because tiktoks parent company they have to adhere to the same censorship standard, but China applies across other companies like WeChat and Baidu. Hey, look our app follows the same guidelines that other apps in the US return. We have no idea who those content moderators are what their standards are, where they live, what they do that, so there’s a lot of opacity when it comes to what they are filtering and how they’re filtering it about. Are these apps that are owned by Foreign companies and their concerns about that face app? Is that owned by Russian company in the face for a long time that made people really concerned about Missy? Are they taking some off of work phone? So when it comes to the same level of concern, American company was valued at the end of last year, at 72 billion dollars, tiktoks parent company bytedance valued at 75 billion dollars of the scale of what’s Happening at security. We have to think also about capability. We know that these companies Harvest vast amounts of data and 75 billion dollar valuation very large-scale. This is happening especially when we have such opacity here, but again, let’s come back to the word capability or capacity, and that valuation tells us well. They are certainly doing interesting things with your face face data and artificial intelligence, extremely popular outside of China, 10 ways that appeal to be as Americans like to do. In fact, the NFL has signed a deal with Tik Tok, memes and short form. Content are incredibly popular because they’re easy to consume Tik Tok is that sweet spot app that really got a lot of people’s attention grinder if the dating app the data involved with the app and the app itself appears to be for sale. The particulars on that, though, I think any app that is owned by a cloud company. We should understand that your data is been hosted in the cloud, no matter who owns it, so they still have I’m sure the original company probably still has a day.. Thank you very much. According to an article in the Washington Post, the social media app TikTok may be censoring information on the platform about the Hong Kong protests. CNET senior producer Dan Patterson joined CBSN AM with details.