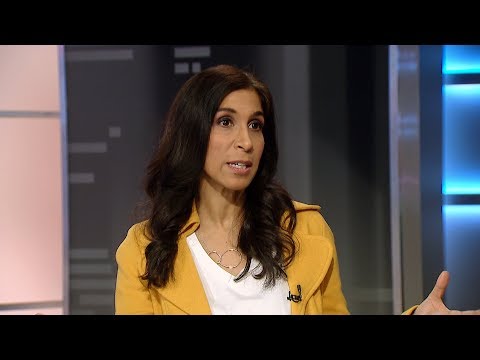 Rethinking the Mother’s Day celebration Rethinking the Mother’s Day celebrationOkay, if you haven’t heard Mother’s Day, is on Sunday so get moving. If you didn’t buy that gift yet and as many people are starting to prepare for that special day, it’s also prompting calls to rethink how it’s celebrated, so maybe don’t get that gift she’s an associate professor of Sociology at Queen’s University and she wrote a piece calling For people to reclaim the spirit of Mother’s Day to become a collective date of action, rather than a gift cards or flowers and long forgotten. In fact, the two women that are most associated historically was trying to get Mother’s Day established. We’Re both Ardent activist, on the one hand, Julia Ward, Howe. She she was the one who wrote The Women’s Day, Proclamation 1870 and it was a very explicit Bots to the Civil War in the US and the franco-prussian war. And she wrote in her Proclamation that this should not be at that women, as mothers should gather together outside the home check. She said that we should leave at home, gather together and talk about how we can bring peace to the world, and the other person is Anna Jarvis, and she also was inspired by her mother and her by the Carnage of the Civil War and she fought her Whole life to make sure that it was not be commercialized and she lost that battle, but she Fame, please add: don’t buy your mother, a greeting card writer, a letter that you’re buying reading car cuz you’re too lazy to write the letter that you should wrecked. That means the most to you actually expecting. Mother is it themselves, but what article is more about is Julia Ward Howe in her original has a proclamation which says it should be a collective day of action for peace and Justice and that’s what I’m trying to as far as the grandmother’s walked. But you just spoke about 4. Logan is alexans example, I’m not trying to say. Oh mothers have some special place. We know how to bring peace to the world. It’S not a thought that it said we had this historic declaration. That says we can use this moment, and the mom has a bailout, for example, is taken up organizations to say, let’s bail out, that’s raise money to bail out women who are languishing in jail because they can’t afford the $ 500 for the thousand dollars to get Out and then wait, wait and weeks and weeks and weeks and months for bail, hearing or trial because a whole bunch of people watching right now, forgive me are going to say: oh you’re such a killjoy. I just want my mom Samsonite flower. That’S a great question, but I do want to say is: don’t change your car’s because sociologists have studied Hallmark cards and they show that they represent this very traditional gendered notion of what mother’s doing what fathers do that does not represent the work? What’S the difference between a note on the instrumental thank you for teaching me dad mother’s. Thank you for drying my tears. Thank you for all the little things that you do. It’S all the emotional labor, the physical care, it’s very highly Reddit! It’S right down the line, and so that’s what the commercial cars look like. So we have alternatives to commercial cards. We can honor our mothers and other ways. We can do things for them. We can take them out, but there’s a lots of room to do other kinds of things too, but also talked at that project with our children about the children who didn’t never, who never got to have Mother’s Day with their children. Because of the history of residential schools, for example, the mother is a 350,000 children today whose mothers are in prison, 80 % of women in prison in the u.s. and Canada Are Mother’s, so that’s it doesn’t mean we have to do one or the other. We have to throw out the window because some people expanded notion of what mothers are we’re, not just caregivers. We don’t want to just a day off cooking. We want to be honored for the full human beings that we are, and we also want to honor all the mothers who are not is in a traditional Federate, heteronormative family, going to have two fathers and families that have too much as a family to have no Mothers – let’s, let’s actually make it a day for specially for children. This is so important for children in school who have to make that Mother Day cards and the teacher says, make a card for your mother and the child. That’S otherwise they will. I have two cards to make femynor the calluses. I explain actually I’m in foster care. So today, as I was talking to her, do three handed to him a card that he made in school today, but that opportunity and other kinds of Education in school at and the family article and a retired teacher said if your mother says to you. Classic cliched Life, I just want everyone to get along. That’S the only gift I want, but actually that is a form of moving towards peace, peace in our family and our community is also working towards adjusted more broadly. What a beautiful sentiment to end on thanks so much he’s. So much happy Mother’s Day, happy Mother’s Day. Thank you. An associate professor at Queen’s University is calling for people to reclaim the spirit of Mother’s Day. She believes it’s not just a day about mothers and family but can be “a collective day of action” about justice and peace.