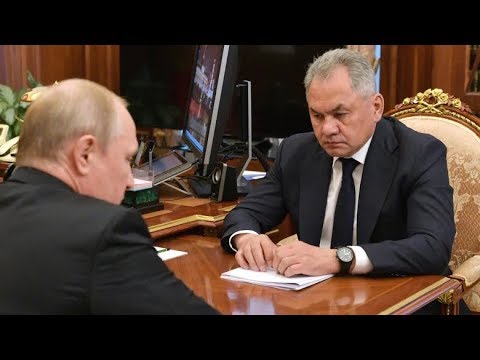 Russia says some crew members survived deadly submersible fire Russia says some crew members survived deadly submersible fireInternational stories we’re watching is Russia’s Navy top secret deep sea research, submersible one that is reportedly now the defense Ministry says there are survivors, but is not saying how many are Moscow correspondent Chris Brown has the very latest major papers are leading with it smoke under the Water that says, vestia crew members fight gallantly for their lives. To the very end, that’s just a sample by all of the big papers are running with this. We’Ve also seen Sergei shoigu, the defense minister, mr. shorty. Google’S version of this is that this is an underwater research vessel that it was doing Deepwater research at the time of this accident within Russia’s territorial Waters. We know that this happened around 9 block at night on July 1st, that there was a fire on board and, according to the defense minister, the crew without but 14 Sailors died. Russia’S President, Vladimir Putin also noted that there were a number of very prompt crew members on board this vessel, that of the seven of those people who died. Seven of those Sailors were captains very high rank, and two of them were Heroes of Russia. That is a very highest Military Award that you can receive in distilling. All of that from the official narrative, you have a very unusual submarine, a very unusually prominent crew on a very mysterious mission that was stricken by a mysterious fire. So there are other reports which offer differing views from this official account. What are some of the other details and facts that are sources are saying paper today like into a spy sub. We understand it might have a crew of around twenty independent radio station suggested that one of the crew members have all the crew members have portable breathing apparatus, so for them so many people to have died. Perhaps this was more than just an ordinary fire that it might have been an explosion, and next door in Norway authorities did report that they did receive a distress, call for some kind of a gas explosion. But for now that maybe all were going to air from the official narrative, Vladimir Putin’s press secretary was asked about this this morning at his briefing and his response was that there will be some information about this incident that will remain a state secret. Russia’s defence minister says some crew members survived a fire that killed 14 sailors on one of the Russian navy’s deep-sea research submersibles. President Vladimir Putin offered his condolences to the crew’s families, and said the vessel had a special mission and an elite crew.