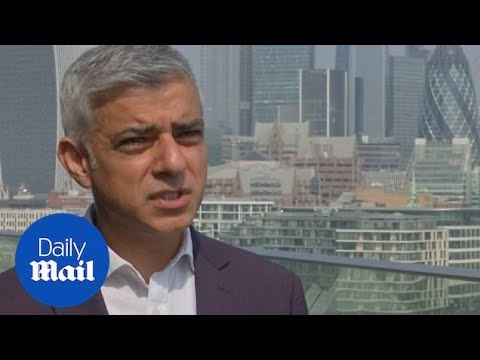 Sadiq Khan criticised climate protesters who delayed trains Sadiq Khan criticised climate protesters who delayed trainsI’M in the right to peaceful protest is just as to write someone a coolest things about democracy. I’M concerned, though, if people are risking their own safety and the safety of others, but also I’m concerned I’ll, need a pack of public transport events to go to take action. But if you’ll buy your actions reduce in the numbers using public transport going to help me. The coolest, so what I say to the protected species of what we are the police at tfl, to make sure what you’re doing is all risking your personal safety depends on safety: inadvertent damage, you don’t intentionally The Tory MP, who was Mayor of the capital before Sadiq Khan, said that the Extinction Rebellion activists are right to be worried about the future of the planet. Mr Johnson, who is the bookies’ favourite to replace Theresa May as Tory leader, said in 2013 that he had an ‘open mind’ about the scale of global warming after heavy snow swept across Britain. But today he said: ‘I cannot find it in my heart — no matter how smug, irritating and disruptive they may be — to condemn these protesters today. They are right to draw attention to the loss of habitat, and the extinction of species. They are also right to sound the alarm about all manner of man-made pollution, including CO2’. He added: ‘Surely this is the time for the protesters to take their pink boat to Tiananmen Square, and lecture them in the way they have been lecturing us’. Protesters who caused a week of havoc in London have said they are willing to ‘pause’ their protests – but only if their demands are met. In an audacious attempt to try to control the debate, Extinction Rebellion activists said they want to start a ‘new phase of rebellion’ and enter into political negotiations with MPs who return from their Easter break tomorrow.