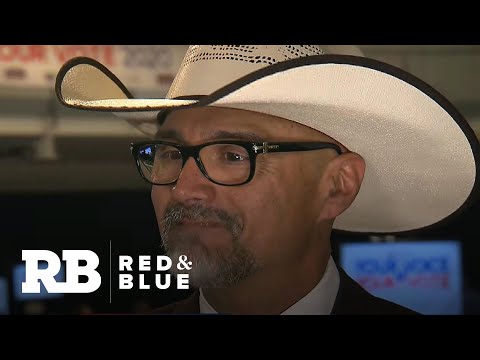 Sanders adviser talks Latino outreach and campaign strategy Sanders adviser talks Latino outreach and campaign strategyWe want to get out and spread our message and have more people here. Bernie Sanders the more people who hear Bernie Sanders the more support we get. We had a great week, Monday or know if you heard, but in Denver Colorado with 10,000 people, a Ruckus crowd ready to go, there’s a lot of energy in the campaign. So we want to build on that tonight. You are a native Texan. Texas is going to play a huge role in the primary this time around the primary coming up earlier on super Tuesday them before Democrats have to do to win the Texas primary competency, people think about the Latino vote in Texas being monolithic, but it’s so different. If you’re Latino, like me from East Texas and wear cowboy hat and have a funny accent, it’s much different than a Latino in the valley and On the Border file, it still shows, as just as Latinos come in and have real cultural, cop and seats and look At the nuances of the electric will be the one who wins. What’S the Outreach, then I think it starts with the policy positions you’ll see and every pull that you’ve probably seen over the last few months, Bernie’s winning the Latino vote in the latest text. Donald Trump, more so than any other Democratic candidates issues Latinos want to be successful. We want to move into the middle class. We were moving to the upper-class. We weren’t upward Mobility way to do that is to have a livable wage, have Medicare for all make sure that public universities are free, milk and Latinos around the country. I think that’s why we’re really connecting, and you were with the campaign last time around. What do you think is different this time around? How is the campaign trying to grow the real killers? We had this whole group of activists and that’s just grown. We kicked off a campaign in New York City in Brooklyn, where Bernie was born and raised. We had a bunch of donations, come in and went back and looked at those numbers. 40 % of all of those donations were from new active, the new people we want to take our Coalition. We want to grow that Coalition because we believe it that power that will really beat Donald Trump is bringing more people into the system like Center Sanderson make sure more people are involved, the more people that vote the better we do in the better the chances we Have a meeting. you mention that launched in Brooklyn does Bernie Sanders plan to talk more about his personal life kind of how he has developed as a in politics him on the Rope lines, often and and for their hearts out to him, and he seems to be Making more of an effort to talk about himself a little bit more? Are we going to expect that Meredith people kind of just discovered, Bernie Sanders in the last election in the last primary and a lot of people liked him? We would another step this time in the kickoff in talking about his family. Back to your question about Latinos, his father came here from another country. Couldn’T speak English didn’t have any? That’S all that’s my grandfather. Storage. Automatically relate with Bernie Sanders because of that – and I think that’s another reason he does so well with the Latino communities – are some relatability with that immigration storage that really gets home Sanders is likely to engage our Bernie Sanders ideas who are replicating or talking about His ideas that are outside of the top Tier 1, 2 or 3 us Bynum worth next level of Candy to try to have their moment tonight, weather Coulee on Castro weather, Senator Booker Senator Harris. I really look for the folks you’re, not in the top tier on the top one two or three to really do something: to try to break out my apologies that Kelly was not Senator Sanders that was Chuck Roka Senator Sanders senior advisor of Latino Bernie Sanders’ senior adviser Chuck Rocha says the candidate is focused on reaching out to Latino voters, especially in Texas. He discussed the Sanders campaign’s strategy with CBSN political reporter Caitlin Huey-Burns.