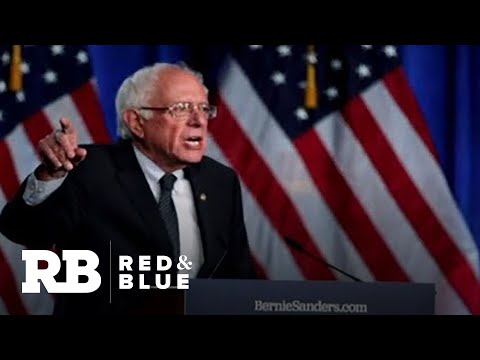 Sanders campaign: It’s absolutely critical we win New Hampshire Sanders campaign: It’s absolutely critical we win New HampshireBernie Sanders campaign manager, 5 Shakira, tell CBS News. The Vermont Senator must win New Hampshire if he has any real shot of getting the Democratic nomination. He also says Sanders he’s committed to finding quote the unlikely voter in the granite stake. Shakira spoke with our 2020 campaign. Reporter, Nicole scanga, she is in New Hampshire, with more on that conversation told me that winning New Hampshire is absolutely critical to securing the presidential Democratic nomination in the numbers. Just yet standard has 45 staffers on the ground. He got a bit of a late start, but Shakira says that that is strategic largest army of staffers Volunteers in New Hampshire by December by January 2028 in the granite state, so far aggressive rival, Senator Elizabeth Warren. Instead, the senator has been taking his message in 2016. Currently, pulling in New Hampshire suggest Democratic likely voters according to our latest CBS News, postal workers and teachers. Voters during the support Senator Bernie Sanders a Senator Elizabeth. During the debates we saw in the second DNC debates a united front between the Vermont and Massachusetts, senator exchange policy ideas on the senate floor. The Sanders campaign feels confident without chooses Elaine CBS News campaign reporter Nicole Sganga joins CBSN’s “Red and Blue” from Portsmouth, New Hampshire, to discuss why Senator Bernie Sanders’ campaign is committed to finding the “unlikely” voter in the Granite State.