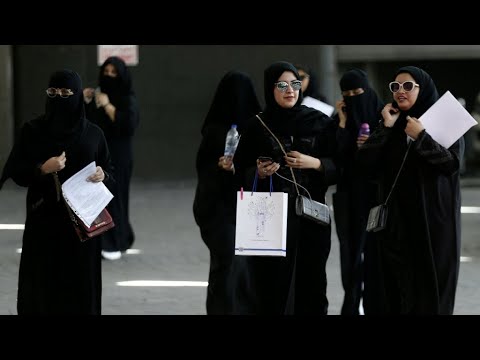 Saudi Arabia to let adult women travel without permission from male guardian: state media Saudi Arabia to let adult women travel without permission from male guardian: state mediaPick the latest step taken by Saudi Arabia’s rulers to open up the conservative Muslim Kingdom two years ago. They allowed women to drive now they have expanded female citizen, social rights and freedoms. Even further series of Royal Decree signed by King Salman bin abdulaziz regulations regarding travel, civil status and work under the new rule, women over the age of 21 Guardian, they will also be able to register the marriage or divorce and have the right to employment without gender Discrimination, princess Reema, bandar al-saud, the Kingdom’s ambassador to the United States on the prominent women. Look at that on Twitter. These new regulations, our history in the making they call for the equal engagement of women and men in our society. It’S a holistic approach to gender equality that will unquestionably create real change for Saudi women. The latest move comes as Saudi Arabia’s de-facto ruler, Crown Prince Mohammed bin Salman drives his ambitious economic reform plan. Vision 20/30 encourages more women to enter the workforce. Two-Letter Crackdown on activist, including the women’s rights campaigner, who demanded an end to the male guardianship rules. The very Rosie has now amended, and the country continues to face International scrutiny over its human rights record. Subscribe to France 24 now:
http://f24.my/youtubeEN

Saudi Arabia has allowed adult women to travel without permission and granted them more control over family matters, further eroding a heavily criticised male guardianship system at a time of heightened scrutiny over its human rights record.