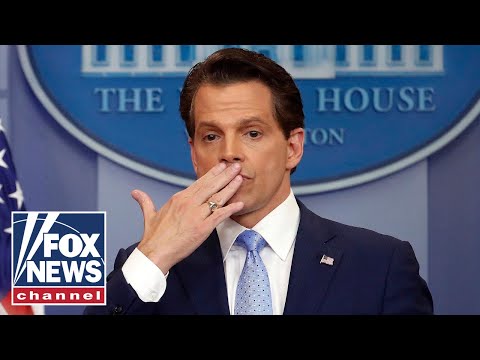 Schlapp says Scaramucci was ‘awful’ leader, threatened staff Schlapp says Scaramucci was ‘awful’ leader, threatened staffWhat ask you about this growing feud between for Trump Insider Anthony, scaramucci, also formerly of the White House. He was a communications director for a short time as a feud with the president, where Anthony scaramucci supported the president for a very long time, and he has now flipped saying that the president is in nuclear meltdown mode. The president has fought back and said that he’s just mad that he didn’t keep him at the White House What’s Happening Here. What is going on? Why are we seeing this? The only one having a nuclear meltdown is Anthony scaramucci, who is obviously trying to get attention and the only way he can do. It is to be highly critical of this President and that’s just ridiculous. Knowing., Anthony scaramucci couldn’t even keep a job past the 11th or 12th day. In fact, when we were all at the White House there was that moment where that 11th they would reach. We say: okay, we survived a 11th day 12th. We made it past Anthony scaramucci Highline. Why? Because he was an awful leader while he was in the White House and the staff for him to work for him. Always remember that as being a dark time in the White House communications office, which was that a point that highly critical of the staff was the threatening it to the staff communication suffer so we’re simply trying to do their work and do the best I can to Serve this President, the media, giving him a tension is obviously because a liberal media likes to find this one personality. Who only cares about himself, doesn’t care about America and is more focused about his reputation than talking about the great works of Former White House strategic communication director Mercedes Schlapp takes aim at Anthony Scaramucci’s short tenure at the White House after the former Trump communications director takes aim at the president. #FoxNews