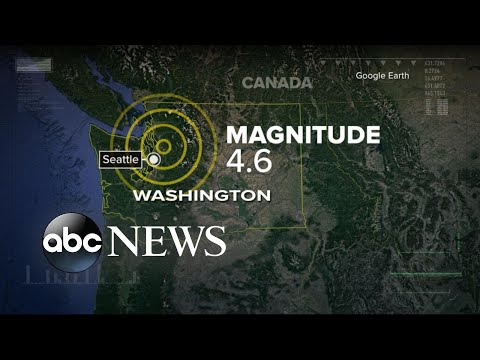 Seattle hit by 4.6 earthquake Seattle hit by 4.6 earthquakeEarthquake erupting early this morning in Seattle, with a magnitude of 4.6 just before 6 Eastern in the town of Three Lakes, Washington, that is just outside Seattle. So far, there is no tsunami that struck Southern California last week, been on high alert since those July. Fourth weekend trimmers and the fault lines that run through Seattle to see how far they extend and determine just how strong an earthquake they could produce. Experts say they are less active California, but still could trigger a major Quakes officials. Taking this very seriously this morning, Amy live event coverage click on the right over here to subscribe to our Channel and don’t forget to download the ABC News at 4. Breaking news alerts thanks for watching The early morning earthquake in Seattle comes just days after parts of California were rattled by earthquakes and multiple aftershocks.