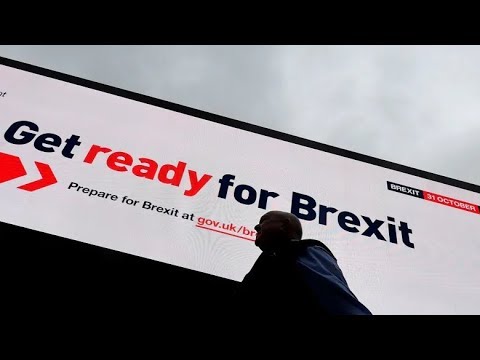 Secret U.K. document describes worst case for Brexit Secret U.K. document describes worst case for BrexitBritish and peas are urging prime minister Boris Johnson to recall Parliament after his government was forced to publish a sensitive document that spells out the worst case scenario of a No Deal. Brexit. Let’S go to Cameron McIntosh, I’m not story this morning, Cameron well Heather operation, yellowhammer! That’S the name of the document, the name of the operation that looked into what could happen in the event of a No Deal brexit and almost sounds like something out of a Bond film and actually what it outlines could be the plot of a Bond film. It’S talking about potential consequences. If the UK leaves EU without a deal on October 31st, it’s talking about days, long Waits at ports days, long delays on the Eurostar through the Chunnel potential food shortages, fresh food shortages and Medicine shortages, Rising energy costs, electricity in gasoline and in a worst-case scenario, demonstrations Counter-Demonstrations. the civil unrest even riots. Now these documents were prepared for the government after Boris Johnson took power at the end of July. These documents are dated August, 2nd at leak. Version of these documents came out a few weeks ago. Striking people now is. This has been posted to the government website, so the government confirming yes. This is like the scenario. These are the scenarios that we came up with and we are preparing for Boris Johnson when he took power said the government would go on a war footing prepare for No Deal brexit, and this is what they came up with now. The government is stepping back from this a little bit saying: Hey, listen, don’t worry! This is just the worst case scenario. Michael Gove is the minister in charge of planning for an here’s, what he had to say worst case scenario, the producer. The government can take plans and take step in any of his consequences. Steps in order to ensure, but if there is an ideal scenario that we can leave in the safest and smooth as possible way now, that’s not reassuring people who are against brexit and no deal brexit they’re. Taking a look at this as confirmation, their worst fears, calling again on Parliament to be recalled. Meanwhile, Boris Johnson and sis says, prime minister, that the EU will that the UK will leave the EU on October 31st. Although he does say that his preferred option is to get a deal with EU mean, while the EU says it’s also prepared for a No Deal, brexit Heather The U.K. government is downplaying its own warning about the consequences of a no-deal Brexit. The recently published “reasonable worst-case scenario” includes food and medicine shortages, gridlock at ports, and riots in the streets.