Secretary Perry on Saudi oil attacks: Iran will have to pay a price 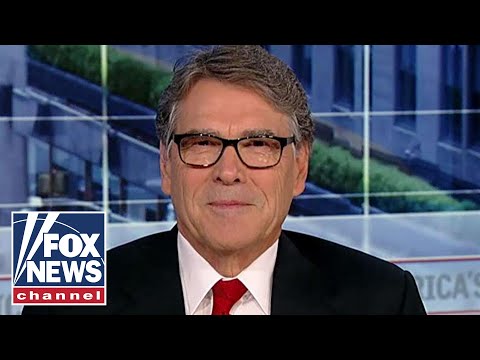 Secretary Perry on Saudi oil attacks: Iran will have to pay a price Secretary Perry on Saudi oil attacks: Iran will have to pay a priceAnd Germany and Great Britain, output, Energy Secretary and former Texas Governor Rick Perry Secretary of send prices up as it once did. It didn’t have as much of an impact because we’ve become so energy-independent, but still on the day, that’s slightly. On the month up 6 % in our oil prices are up 29 %. So far, this the lot going on out there. If you know this attack is clearly costume discombobulation in the market, nobody knew exactly how much damage was done. I think that’s what the market was responding to dastardly is initially was a concern by the market until you saw the market make some corrections. It’S headed back up a little bit, but again the key here from the United States Ally standpoint is there on cannot be allowed to get by with this type of activity. You need a coalition effort, and now you know the UK in the French, coming on with some of our other allies and going to be sending a clear message today. I know the present I’ll be stronger than garlic when it comes to the the message community. In this world you cannot attack your neighbor is just unacceptable, so these acting and just because you have been a sanction economically gives you no right to respond in this way. So I didn’t message going to be strong, is going to be powerful, that Iran is going to have to pay a price and could pay a very dear price economic. Let me look present stated that he’s not interested in going to, but there are plenty of folks in the whose livelihoods and in whose Futures are at stake here with us: Israel, weather Saudi Arabia, other of our allies in that region, that that have some options that Could up to include kinetica responses? Okay, so OK, first start with the response from the United States when it comes to a Ron and how far this Administration is going to go. I hear what were you referring to when you say kinetic responses. That’S the United States, where we would like to have this address, where the Iranians are the ones that are being hurt here, as Leaders over there they’re not suffering the way the Iranian people are. But these sanctions are clearly being put in place to send a message to the leadership of the ronit. We will continue to squeeze you they do and that that is how change occurs. The Iranian people at some point in time, they’ll have enough of this and they will require regime-change. I don’t have a problem with that. I don’t think the administration does either activating contacts when it comes to the global energy Community, because obviously we did see this a reaction play out in markets and then we saw the quick response to have so much of that oil production come back online when it Came to Saudi Arabia, Saudi part of that is because the world is changed over the last decade. Events will cause less and less disruption of the energy Supply in the world, so we got a strategic petroleum Reserve with almost 70 million barrels at and the Saudis 188 million barrels did. They have an in the International Energy agency membership out there. We have somewhere 1.5 billion barrels of oil in reserve. So these events, where the Iranians think that you know we can go in and attack a facility in in Shawnee and somehow know that that’s going to cause great disruption, we seen that that’s not the case it does is called. There are no doubt about that, but this isn’t 2007. This is 12 years later, and these types of attacks are going to have less and less impact on the global market. If the UN General Assembly said the secretary., Thank you for being here t-shirt that thang At some point the Iranian people will have had enough of their country’s leadership and will push for regime change, says Energy Secretary Rick Perry. #FoxNews