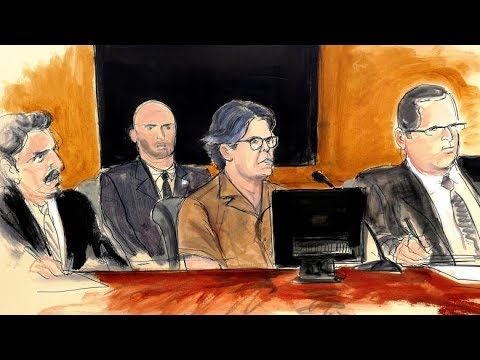 Sex-trafficking trial for NXIVM leader begins in New York Sex-trafficking trial for NXIVM leader begins in New YorkA sensational trial is underway in New York that is against in a secret sex cult cult. Rather Keith raniere is charged with sex trafficking, sexual exploitation of children and other charges. 58 years old he’s pleaded not guilty. Yesterday, the court heard from the first of several women due to testify BBC podcast called undercover escaping Nexium, and here are some of the stories that have been shared on that podcast. That won, introduce you to your sisters. If you take your blindfold off your clothes and wait here, this is your calling your hair to make it different sure that the heater eyes and we’re both crying like it’s not going to be easy, a very small sample of the CBC podcast that investigates the group. It highlights more personal stories from inside nxivm Axiom he’s in New York this morning for the trial and Josh good. To have you with me. Can we begin with the keys raniere tell us a little bit about that? Was a co-founder of Nexium be accredited by 20 years ago, and he has built this mythology around himself and he was a child prodigy and it decided to devote his intelligence towards creating a system of self-help system that can help people achieve their personal and professional goals. Story about who keeps whenever it is, they say, he’s a master manipulator and that he exploited people to gain their trust and then exploited them for power for money and control and he’s now facing the range of Syria self-help group. But the FBI believes it is in fact a sex cult tell us more about the group and why the FBI, in fact believe that could be expensive horses. Inner circle surrounding peace were engaged in these criminal acts in order to exploit people in order to gain power and to gain money, and they were targeting people abilities to pressure them to Acme overextend themselves financially, and then they claimed that they were essentially blackmailing women. In the group to have sex introduction to all of this right Josh, I one point: it was the largest Center outside of Albany and so many that there are many Canadians who became part of Nexium through that Vancouver Center. The other Canadians, two members of The Batavian bromphen family, who are are two that that Seagram family fortune, who were part of the group one of those last months to in this case. So, overall, I need how fascinating for you as you’ve, co-produced the series and hosted it been on our program actually talking, but, of course, when it launched there, you are covering this, the federal court in Brooklyn and listen all of the evidence. So far, there’s more to obviously, but what do you think overall, we’re going to learn as a result of his trial Josh a lot of fear before they were the arrest of these leaders going to learn about the inner workings of this group? Very much for the conversation this morning, podcast undercover escaping Nexium, listen to all three seasons of uncover, including the episode on escaping nxivm Federal prosecutors say former self-help guru Keith Raniere was a “predator” who preyed on young women, including a 15-year-old girl, and turned them into sex slaves as part of a cult-like organization. Josh Bloch, co-producer of the CBC podcast “Uncover: Escaping NXIVM,” explains the case against Raniere.