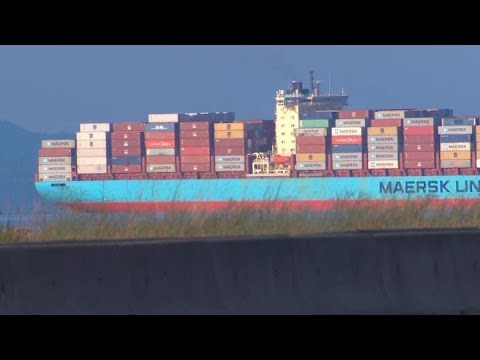 Ship carrying Canadian trash arrives from the Philippines Ship carrying Canadian trash arrives from the PhilippinesWe be getting along the coast of British Columbia resident, they are dealing with an unsightly and smelly shipment. Today we are talking about a Garbage barge. That’S packing 1500 tons of trash. It has spent years festering on a dock in the Philippine committed dispute over its handling, and now it has arrived home to finally be dealt with party. Lovegreen explains what is going to be done with all of this trash filled with garbage and once they’re done, that the containers will stay here or brunette and then tomorrow, trucks will come and take the container. Is it to a waste facility and bring me a 30 minutes from here and then they will be? Incinerated now could possibly be recycled because there is fear of contamination, they’re going to burn it all and as mean as you can imagine, that garbage has been sitting at the port in the Philippines for six years, and this whole thing has caused the federal government over $ 1000000 in the shipping cost to get the garbage from the Philippines to hear it’s an additional $ 375,000 to actually dispose of it, and while we’ve been here today, there have been several people have come up. I’M interested to see what’s happening, to take a look at the vet, I’m here and take pictures, and I spoke to one gentleman about what he makes of us all. It’S our responsibility is where it came from. This is where it should return. I don’t have a problem with that in Canada is now dealing with it, but we don’t know what you know if it will take two days to dispose of the garbage or whether it will take 10 days. Cruise will have to open up the containers to see what exactly they’re dealing with and see how long it takes to dispose of it. No does the issue and then once this trashy he’s incinerated, is it countries like the Philippines and we actually heard from the Philippines, who said they might outright ban Plastics from foreign countries to be imported into their a nation? And in the last few weeks, we also heard from Malaysia and Indonesia, Indonesia, who extra the other desire to return shipments of tricep back to Canada. It’s a homecoming unlike any other: 69 shipping containers of garbage — ripened over six years — arrived at Tsawwassen terminal on B.C.’s West Coast Saturday morning.