Should Trump close the southern border? 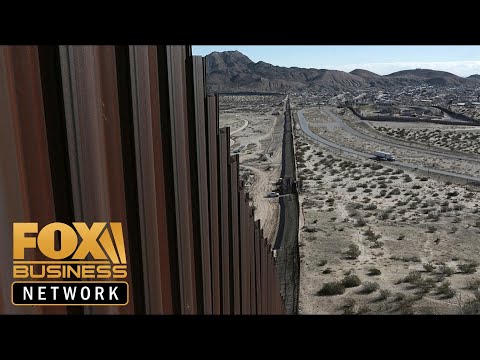 Should Trump close the southern border? Should Trump close the southern border?And the toilet broke, he strangled him over and over again tortured in. He tied him up like an animal drop them in a field and set him on fire in the illegal immigrant, intoxicated him from behind going probably 120 miles an hour. Angel moms and dads have been sharing their Agony with us about their stories about their loved ones, killed by criminal illegals and today, President Trump vice president El Credo, archery shut the border immigration laws and, let’s be honest, you have thousands upon thousands of people entering this Country yesterday you know claiming Asylum, I think that’s a separate issue is need to start looking at some of these Asylum claims. Congress needs to checking the laws when it comes to Asylum, because you have a lot of agents that are being removed from positions of defending our border in order take care of some of these claims, in which it’s been proven in the past. A lot of these individuals don’t show up, so I think time that you know countries that are facilitating these individuals to go through their country, so they can invade ARS need to start. You know stepping up to the plate. It’S unfair to those who come here legally by the way. Do you know economic reasons of getting a job is not a proper under loss, but it’s not recognized by the law breaking to hear the stories of the angel families and what they’ve been through. They don’t deserve that at all. Nobody does numbers are going up and you’re right, look. Listen. I am not against immigration. The people that I represent are not against immigration. We are against illegal immigration. There is a huge difference between being legal and being illegal, and them that want to make it a race issue. I said it many times before I continue saying it. Illegal is not a race, it is about coming into this country, respecting our laws and if there’s another country that is unit facility, you know they need to pay the price for it. National Border Patrol Council VP Art Del Cueto on the crisis at the southern border and whether President Trump should close the border.