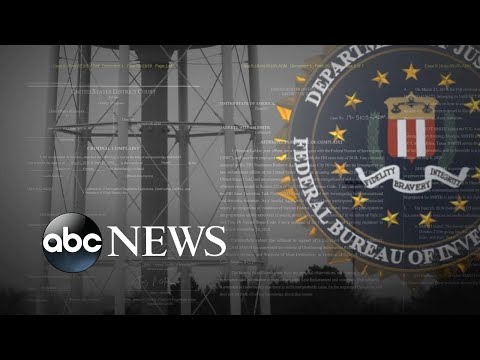 Soldier accused of plotting attacks on news network, Beto O’Rourke Soldier accused of plotting attacks on news network, Beto O’RourkeAmerican Soldier under arrest tonight, Terror charges Authority say He was discussing a large vehicle bomb. One America news network and identifying presidential candidate Beto O’Rourke private Jared, William Smith, 24 years old, based at 4 in Kansas, arrested and charged with Distributing information about explosives and weapons of mass destruction. Late today, CNN reporting that they were the target of this alleged plot at ABC’s chief justice course by the Pierre Thomas, leaving ass off tonight. How many infantry Soldier is accused of planning an attack with quote a large vehicle bomb on a major American News Network and naming presidential candidate Beto O’Rourke? That’S a potential Target for assassination Jared, William Smith Station Fort Riley. Kansas was arrested on Saturday, after allegedly talking to a confidential FBI Source about placing a vehicle full of berries, explosive materials and a specific Network later boom tonight CNN reporting, it is the target Network. This case sets off so many alarms. The combination of an active-duty Soldier trained young and talking about harming other people, it’s the Abyssal worst scenario for law enforcement using Facebook to distribute information about how to build an improvised explosive devices in a chilling Exchange. Undercover agent, a Democratic presidential candidates name, is mentioned. The undercover asked you got anyone down in Texas that would be a good fit for fire destruction and death Smith allegedly respond outside of Beto. I don’t know if enough people that would be relevant enough to cause a change if they died. He had all the right elements to commit a violent attack, so it would appear with a slide tonight.. I know you’ve been reporting this out all afternoon and your source is now telling you that some of these bomb designs worth the FBI, consider the number bomb experts and they said some designs were potentially dangerous Authority, say a number Smith. Alleged mom designs would not have worked, including the one targeting that News headquarters David, just leaving is off tonight. breaking news alerts thanks for watching The FBI focused on Jarrett William Smith, stationed at Kansas’ Fort Riley, after getting a tip he was allegedly using Facebook to share information on how to build bombs.