Stanley Johnson looks ahead to his son’s Premiership 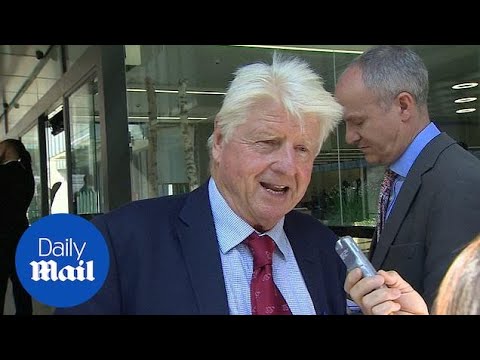 Stanley Johnson looks ahead to his son’s Premiership Stanley Johnson looks ahead to his son’s PremiershipYou know all this is out of the way. Carrie Symonds (inset), 31, was nowhere to be seen today as her boyfriend Boris Johnson (left in Westminster), 55, became Tory leader because she ‘did not want to overshadow his moment’. Sources close to the couple say she fears becoming a ‘distraction’ because Mr Johnson’s divorce from second wife Marina is still ongoing, and so has chosen not to appear with him outside No.10 Downing Street tomorrow, as is traditional for partners of new prime ministers. She is expected to move into Downing Street at the weekend – after Mr Johnson has chosen a Cabinet – and is set to help him try to unite the Conservatives by ‘schmoozing’ MPs at parties at Chequers. Meanwhile Mr Johnson was supported at the Queen Elizabeth Conference Centre in London by his father Stanley, brother Jo and sister Rachel (all pictured right).