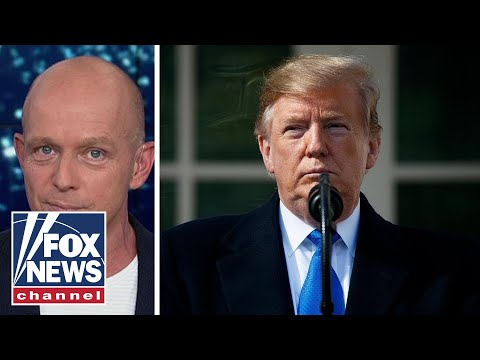 Steve Hilton: Trump needs populist allies Steve Hilton: Trump needs populist alliesHe’S my big takeaway from the events of the last few days. President Trump needs populist allies. What we’re seeing now are the consequences of the original sin of the Trump Administration that fateful decision soon after the election Behind The Rains of policy-making and policy planning to The Establishment. Republicans in Congress remember what they told us we’re working on the same plan. What would I did during the transition with my counterpart of the Senator McConnell? Is we put together 100 day plan for the president inside the 200-day window? Is the talk about get to repeal and replace Obamacare it’s the budget? It’S the rebuilding of our military. Is tax reform? Those in the things are working on an infrastructure infrastructure, a joke. They never had the clue. They didn’t understand the populist Revolt, the put Donald Trump in the White House. They took 2016 as a mandate for business as usual when I’m fat people voted for change. Yes, there are overlaps between establishment, Republicans and conservatives populous on judges on taxes and regulations, but on trade for all of his first hit, President Trump was blocked by his own White House on America’s endless war. He was blocked by his own cabinet. I don’t immigration he was and still is blocked by Congress. What’S the lesson is not enough to elect a populist President? We need populist in Congress and throughout the administration, he’s something practical. You can do. That’S you frustrated with the establishment. Republicans in Congress. Don’T use rage against them run against them. Start now start running, even if it’s for local or State office. That is a great stepping stone. If it’s not, you nominate someone, you think can do it, but one way or another help give President Trump the populists allies. He needs The president needs people on his side who will support his agenda.