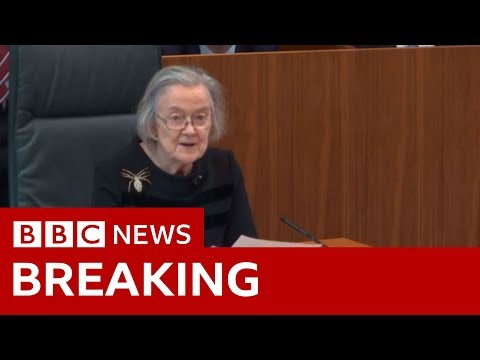 Mr Johnson suspended – or prorogued – Parliament for five weeks earlier this month, saying it was to allow a Queen’s Speech to outline his new policies.

But the UK’s highest court said it was wrong to stop Parliament carrying out its duties.

The court’s president, Lady Hale, said: “The effect on the fundamentals of our democracy was extreme.”