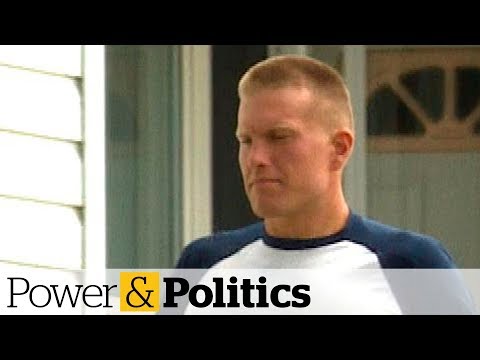 Suspended reservist linked to neo-Nazi group now missing | Power & Politics Suspended reservist linked to neo-Nazi group now missing | Power & PoliticsNew details to bring you now in a story we told you about last week: the Army reservists alleged to have links to a Neo-Nazi group is now missing, has now from Winnipeg hi Karen. I know you’ve been talking to people who knew saw him last Friday when he ask for permission to leave early, so he can turn in his military kit. He said he was resigning at that point. His boss expected to hear from him Monday morning, like he always does. He gets a phone call from him early in the morning asking what his assignment will be for the day at his Construction Company. He didn’t get that call and when he phoned Matthews, the phone went straight to voicemail, something he says is very unusual and Les Mathews is in a Cell area.. He always answers his phone even later on. In the day, his father phoned the workplace and asked if Matthews was there. Of course he was not and that’s what got everybody worried. The father did file a missing persons report with the RCMP that Nate, a knight, RCMP, say they’re investigating the purely as a missing persons investigation and there is no warrant for his arrest. No charges are pending, they’re, just looking for him, but people who know him or are worried that he’s been gone so long. Last time he was seen was Saturday night and remind us again Karen exactly what what he is sort of being accused of by one of the Winnipeg newspaper free press. One of the reporters went undercover to investigate what looks like a recruiting campaign by an organization called the base and it’s believed to be one of the most extreme far-right organizations in existence now on three different continents and they’re. Looking for members in North America in Winnipeg here, so this reporter went and got to a whole bunch of the screening process and part of his last screening was to meet in person somebody here in Winnipeg the he later identified as Patrick Matthews. Now we know that the RCMP and the military are investigating alleged involvement with this group, but there’s no charges have been laid, and this is still all invested. Nothing’S been proven, yet. They’re looking for now right because of other things that I can’t talk about by July. I said he was under full-fledged analysis, investigation and so the end of the Winnipeg Free Press story, which I said we learn from that so fair ball and as we learned, we take additional action. Dnd yesterday had said that being relieved of his duties and wasn’t expected back at work, I think lots of interpreted that as fired General Vance. What’S a suspension at that transcripts, he said that back in April, Matthews had requested a release and and yesterday’s statement from the military. They said they were expedite a request for release in the same statement that they said they were relieving him of his duties. So some confusion about that and his boss said that he was actually voluntarily handing in his kid and resigning so the case or if he was fired or released or let go. What we do know is that the investigation is ongoing. The military knows that there are some people involved in white supremacist ideologies and its members and they’re doing what they can the route that I would. But the question remains: how how good of a job are they doing, how good of a job where they at screening his people out in the first place, and how quickly will they are when they find out that someone is involved in that sort of a thing That she for sure all valid question thanks so much Karen house for us in Winnipeg Power & politics, to see more of our show by subscribing to the CBC News Channel or click the link for another video. Thanks for watching The man accused of recruiting for a global neo-Nazi terrorist group while serving in Canada’s Army Reserves has gone missing.
To read more: http://cbc.ca/1.5262251