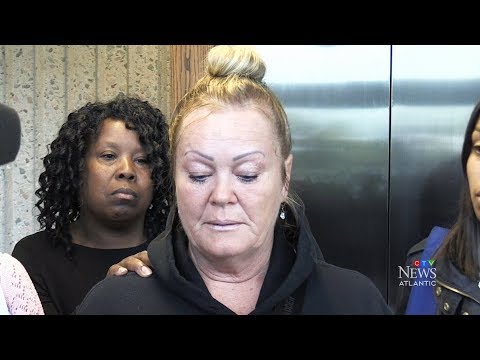 ‘System is a joke’: Maritime mother outraged by killer’s plea deal ‘System is a joke’: Maritime mother outraged by killer’s plea dealMy grieving mother, whose tonight expressing her Oakridge over a plea deal given to the man who killed her son, is taking more than 8 years for this case. To get to this stage of the family finds little comfort and little Justice in the reduced fat. It’S eight years after her son’s murder, Gloria Adams isn’t surprised the man accused of killing him has pleaded guilty to a lesser charge. Our justice system is a joke to a lot of criminals. It really is they get more and Punishment. How do we get? They make? A deal is there a deal for me, what happens at sentencing? How much time is he going to get we’ve been over eight years with my son being murdered, Pay Here’s! This is the end result. Stacy Adams was shot and killed in Lake Echo in 2011. Shortly after his murder Steven Skinner fled the country or some wasn’t gangster, I don’t care who says what I’m here about my son, my son was a great person. Great lullaby many respected dinner was arrested on a beach in Venezuela in 2016. After five years on the run from authorities, he was originally charged with second-degree murder, but today pleaded guilty to manslaughter absolutely I disagree. This is not a manslaughter case. I feel that should have been more people charged in this case as well, not just Stephen Skinner. We had Witnesses who refuse to cooperate with the police eyewitnesses. In fact, I would have been a different situation if they had gangster lifestyle, they’re involved in drugs and alcohol and involvement in criminal organizations. We certainly believe them, but there was a chance that you might not, and because of that there was a chance that Steve and I would walk free. We weren’t prepared to take that chance has used the criminal code. Scanner has been in custody since three years ago. The crown says, they’ve agreed Skinner should receive one and a half days, credit for every day served in date to date. All I wanted was the right Justice. I also wanted that man to know my son did nothing to him. Nothing. You destroyed my life so what he did schedule to return to court on September 16th, at which point the crown and Defence will submit a joint recommendation for sentencing. Steven Skinner, who was convicted of killing Stacey Adams, gets reduced sentence in drug-related killing. Natasha Pace reports.