Taking big pharma to court | The Weekly with Wendy Mesley 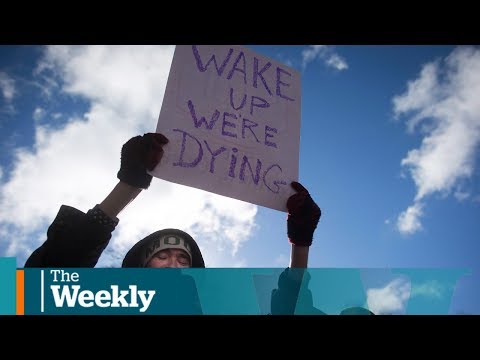 Taking big pharma to court | The Weekly with Wendy Mesley Taking big pharma to court | The Weekly with Wendy MesleyTens of thousands of people exposed to the opioid crisis Health, Canada. Now it says it is considering taking action to and to the weekly this week. It says the government of Canada has not closed the door on taking legal action against opioid manufacturers, A Minor Sports Injury addiction that destroyed his life. I still don’t appreciate how close to dying. I came in my wife ex-wife now she does. She found me in the shower stall with water not running and passed out. Green, not not, breathing, basically, breath steps away from from dying, went to jail for drug trafficking in forging prescriptions and he lost custody of his children. Now he’s hoping that this case will help others in the United States past three years, but here there are no judgments, no multimillion-dollar fines. We have to do our due diligence, we’ve known that this was a crisis for years. From our perspective, we’re David going up against Goliath and if you’re going to do that, you better make sure you got a slingshot. So we had to do I due diligence. It says that there were Lies by corporate Executives about the effects of the drug, the drug manufacturer walking to the doctors, but they were talking to Med students, running educational programs, for the medical students on pain management. There’S no way our doctors will be prescribing his medication. If they’re properly informed of the risks associated with them, complete lack of efficacy with respect to some conditions, well, if people abused it, then you know they are kind of fight where we feel like we’re strong on the merits and – and we look forward to having this Case tried on its merits: Big 5. More states in the US have against Purdue Pharma Victims of the opioid crisis have long pointed the finger at big pharma companies for marketing opioid-based drugs to treat chronic illnesses. A doctor who became addicted to opioids is suing 28 drug companies, including industry giants like Johnson&Johnson and Purdue Pharma, for an alleged “pattern of false, reckless, and deceptive marketing.” The Weekly speaks to his lawyer about their chances of winning what could be a landmark case.
To read more: http://cbc.ca/1.5137362