The Lion King review: Remake of 1994 classic is a strange beast 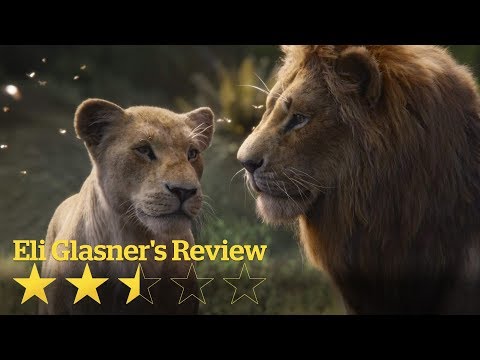 The Lion King review: Remake of 1994 classic is a strange beast The Lion King review: Remake of 1994 classic is a strange beastThe year 1994, in a cartoon about a Plucky little line Club show the world that Disney had his Groove Back 25 years later. The Lion King is roaring back, but with a new-look. He lies here with his review of the movie, and we’ve heard a lot about this leading up to the remake. Those two images are the realistic version of the Remake, this parade of celebrity voices, except for very familiar voice. Lord Vader himself, James Earl Jones, coming back to retain his throne little bit. Everything you see exist together in a delicate balance we are in. The Kingdom of this is an incredibly reverential remake. As far as a plot goes very similar to the as you saw as you can see, symbols being prepped to step into his father’s rule star is scheming, eventually young Simba, driven to find the courage to return to his father’s Kingdom. Amy’S favorite son’s Jon, Favreau, Star Wars right now, movie, look like live-action, but really Lion. King and Jungle Book are are basically some of the most ambitious computer animated movies ever made. So everything created by computer animators in even the cinematographers listen to an interview. He basically would put on 3D glasses and go into the virtual world of The Lion King and say: okay brain over there. I want to see a silhouette of the giraffe here, and so that’s how they create these amazing images compared to the original. In terms of what favreau’s trying to capture I mean, I think it’s it’s stupendous in the film opens with eyes. You can see me pictures of the landscape teeming with lysis zebra. Then you see the animal start. Moving in Paris celebrating the arrival of the new cub and the realism of that Favreau is reaching for starts to stretch, and then they talk now. If it was just a radio play with this, have two voices: it would be fun I’ll. Give you a tape of take a listen to. One of the characters has seen, was scar played by Choo-Choo for and so he’s laying a trap for Simba Simba out-of-the-way bring Simba to disgorge. You need to work on your Roar and, let’s take a look, but just takes time I’ll check on you later: Sinister quality. It’S a gift, you’ll, never forget what he look at the original cartoon eating. The cartoon is doing everything to give us this personification of arrogance through the prism of realism, Lion. King looks like planet earth looks like blue planet. One minute you looking at something that looks like it was ripped out of National Geographic, a hint of emotion in their eyes, and so there’s a disconnect there that the two elements – realistic approach, the cartoonist performances – are fighting each other. It’S an impressive kaspo. Did anybody rise above those limitations as much as I enjoyed it in spite of the effects not because of it, and the winged assistance to Mufasa, as the grown-up on Beyonce is in this? I figured you know for Beyonce. We get a little more of now that she doesn’t have a big role here, but it’s Beyonce, so Donald Glover as Simba is great. He as the team symbol, I mean he captures this feeling of a lion. Who is the lion? Who is afraid to live up to his potential, I’m in a moment and his buddy, the meerkat? You know who they are the first time little Pub in the desert and take a look. I’Ve got it. What, if he’s on our side or be having a ferocious lion around, might not be such a bad idea and that works in spite of the animation, because their performances are so good there and, I think they’re so in tune with each other. There’S improv they’re, ripping even when they sing the classics on Hakuna Matata, never mind why. That part is a success. How did you rate it? They had this decade where they did Little Mermaid Beauty and the Beast Nightmare Before Christmas, Aladdin and Lion King and then move on, because I want new. I want Disney to tell me something original version of surprise and wonder and cheer and sat – and this is all you know that doesn’t work that way. You lie and a half we’re talking about a familiar. Oh my gosh, another size, trailer. Have you seen it a little too far in the other direction? It’S such a strange technique. It is unsettling and I am very worried I eat all. Memories was a lovely song, but I mean, but still uncanny valley. It should just be put down. Twenty-five years after the Disney classic made its way into theatres, The Lion King is back with a new look and celebrity cast. CBC’s Eli Glasner says the best of the bunch is the warthog and meerkat voiced by Seth Rogen and Billy Eichner, espectively. Directed by Jon Favreau, the film also stars John Oliver as Zazu the bird, Beyoncé as grownup Nala and Donald Glover as the teen Simba.