The potential military threats the US faces from Iran and China 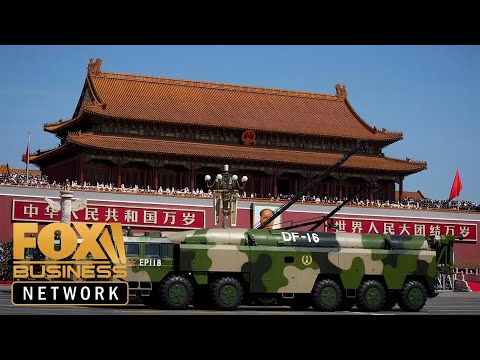 The potential military threats the US faces from Iran and China The potential military threats the US faces from Iran and ChinaThe president President, Trump commenting on possible deals talking about China and also talking about Aron earlier today. Let’S take a listen, very weekends Nation had a red wants to make a deal. Also has military, we could see a deal with their honor or maybe would try, but I did think it was interesting that he put the tree together there. I don’t know what I’m maybe from the military perspective or national security perspective Bell, or maybe it does tell us something that he’s mentioning pay attention. I think it has got some very very hard, but a lot of pressure 4 ships were hit in the Straits of Hormuz. We know to hit the movie. We all have to appreciate that the government owns majority of businesses in China, the military and intelligence Community own. A lot of businesses in China, so this is very who blinks first, it’s how much pain the American public intake play. The government and the military in China can take bigger issue military. How much of a national security threat in your view is China. Dementia seems to be an economic story, but how much of a national security concern is trying to right now, interfering they’re, also putting in a man-made islands in the sea without any of the ference? It’S a very aggressive country. They have a long-term look versus ours, which is normally short-term, is the contrary. We have to pay, we have to pay a great deal of attention to them and they’re huge trading partner, as we know to put the two back together again, as you mentioned, it’s been a lot of pressure put on the regime there from the Trump Administration is All working at, what’s your take on how the this is played out of your over the last over the last few weeks, and certainly Afghanistan, four times bigger than Iraq, moving ships and soldiers around and talking in a very rough manner about really thinking music ECU Fox News military analyst Col. David Hunt on the potential national security concerns over Iran and China.