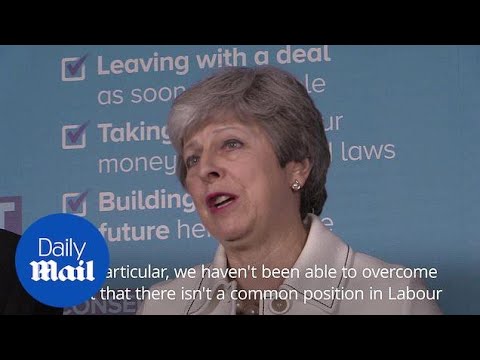 Theresa May questions Jeremy Corbyn’s commitment to delivering Brexit Theresa May questions Jeremy Corbyn’s commitment to delivering BrexitWhat does Jeremy corbyn says these talks of being constructive and we’ve made progress, the areas where we have been able to find common ground, but other issues have proved to be difficulty in particular. Are we haven’t been able to overcome the fact that there isn’t position did neighbor about whether they want to deliver brexit or hold a second referendum which could reverse it? So when we come to bring the legislation forward, we will think play about the what we’ve had with these tools. The outcome of these two old would also consider stop choice, that is, to vote to deliver on the referendum, to vote, to deliver, brexit or just shy away again from delivering brexit with all the uncertainty. But that would leave Labour leader Jeremy Corbyn pulled the plug on the negotiations, but Theresa May blamed his party´s splits over a second referendum.