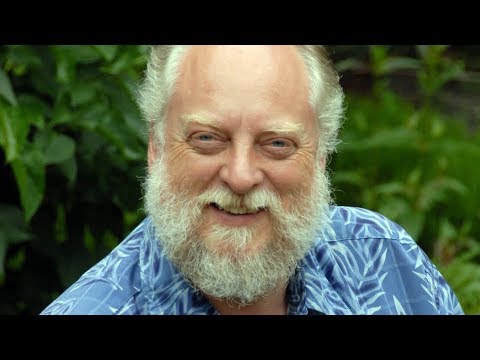 Third victim ID’d in Northern B.C. homicides, two fugitives charged Third victim ID’d in Northern B.C. homicides, two fugitives chargedKevin MacLeod and Briar smegelsky are facing murder charges in the death of Leonard dick, the third victim in those killings in northern BC. We are now hearing from some of his family and friends. Megan Roberts is on that part of Tori those who knew him Meg and what are they saying? They say that he was really passionate about his research. He was a researcher and academica Professor. They say that he loves the outdoors, he loved camping. Let’S take a look at the sky from Leonard X family, you can see him there. This man was unidentified and now we know who he is and we’re learning about him, including from this statement from his family’s saying that they’re truly heartbroken by the sudden and tragic lost he was a loving husband, father and his death created, Unthinkable grief and the family Is struggling to understand what has happened because, certainly there’s still so many questions about exactly what happened. In fact, we don’t still know really a lot of the around Dick’s death other than the two teenagers were charged with second-degree murder in relation to his death. We know that he was a sessional lecturer for botany. That was what he studied, specific, that you studied seaweed and how it changed and evolved when it was exposed to different environments and different factors that way and one of his longtime friends. One of his long-time colleagues describes not only more about Dex, but also how he likes to be outdoors, how important it was for him to go camping and be out in nature. Take listen. I wasn’t surprised to see where he was actually found. Take these kinds of trip so maybe spend time over the years. You know it show me pictures of these camping trips that he took off North. Sometimes he went with his family. Sometimes he went on his own, so the location wasn’t a surprise. But of course the actual. What happened was a total shock at the University of British Columbia and they say that the community has really shocked the really saddened by what happened that they offered their deepest Dylan says to his family and he does leave behind a wife and two sons who Hannah. That’S what we know so far about this moment for so long was unidentified, really important, that we can see his face. Isn’T about him. We do know. Officials are facing incredible orange. Is there on the ground in Northern Manitoba and to give us an inside glimpse of what this search entails are Chase team has reached former RCMP officer, Sheri Benson fedorchak. She is in Gimli Manitoba frogs and bugs spray paint without why you don’t have good hiking boots. You could twist carry your weapons and other resources that they might need trying to find. The suspects shirt for me, add in pounds were talking about sweating up a storm and we’re also talking about a Fear Factor. What, if you know they do run into these people? What if they are armed, take me to the mindset sitting through your body there’s so many emotions that are going to suicide by car be a little bit frightened or have heightened anxiety. Officers are out there for how long and how? How often are they getting release? 456 hours, maybe a whole shift 10 hours. So if it said it would depend on on the fatigue level, that’s probably something that, especially in the heat important electronic age, that one would think that maybe drones could do. That kind of work are drones in this shirt and put that in fact, a Ford. You know the same kind of eyes on boots on the ground would provide skilled, used, a resource to be used and its situation for sure. Well, the dog teams are brilliant. They I’ve seen them right. The dogs when the dog team is going out there. They also have offices following you, have to have another team behind him to protect, to protect him, and you need more. There is some risk to them, as well as a former RCMP officer. You’Ve been there done that now. Take me into the mind of the suspect: they don’t have the same kind of gear. That officers would have I’m assuming you chest protectors and all of the stuff that the officers might have. So is it easier for them or more difficult because they are also in the mindset of fear, and how do we get out of here? We might be thinking. There’S two ways this can go are decide to surrender or they going to do suicide by cop. We are. We are going to go down guns of Blazing. That is on this story, not only in Canada, but outside there are eyes on it. Are you watching for coming from this background Nightmare, and no it’s not as this is in the news all the time. It must be incredibly to do your job through, however hyper-vigilant he might feel you still have to do your job and you’re thinking all the time of of Public Safety. This is not a typical Canadian homicide suspect it certainly has. I want to thank you for your time. Siri we are certainly our news team is watching this from all angles, but great to get inside overhead. That was former RCMP officer, Sherry Chuck. She is in Gimli Manitoba The third victim in the recent killings in Northern B.C. has been identified by police as Leonard Dyck. He was found dead five days ago at a highway pullout about two kilometres from a burnt-out camper truck.
To read more: http://cbc.ca/1.5224306