‘This is unacceptable’: Hunt responds on seizure of British tankers 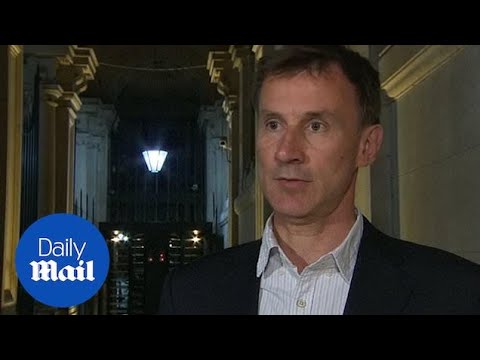 ‘This is unacceptable’: Hunt responds on seizure of British tankers ‘This is unacceptable’: Hunt responds on seizure of British tankersPrince, I could see what the Situation’s not have you established that run taking control of British dresses as we see it this evening is a situation involving two vessels. The first is the Stena in parole, which was surrounded by four tools, and a helicopter has changed course, and it’s heading into a Rainier Motors 23 crew on board a British flag, ship II ship, the Liberian flag, surrounded by 10 speed boats. It’S not clear yet whether it’s has changed course or not. That has 25 crew, no British Nationals in any of the creeper groesten concerned about all of the crew. I have spoken to sector State Pompeo in the United States early this evening about the situation. I tried to talk to four ministers, a wreath of the wrong, but I understand that he’s not playing, so I will speak to him as soon as I can. This is completely unacceptable. Navigation must be maintained. We are having an emergency meeting of the government’s Cobra Committee in a few minutes time. We will respond in a way that is considered robust and we are absolutely clear that is. The situation is not resolved quickly. That will be serious consequences. I told her not looking at military options, we’re looking at the Diplomatic way to resolve the situation, but we are very clear that it must be resolved. Freedom of navigation in the Gulf is absolutely essential if that freedom of navigation is restricted around is the biggest loser, and so it is in their interest to resolve the situation as quickly as possible, and we will do everything we how to do that. But there will be serious consequences if we’re not able to resolve it quickly. Statement of appropriate moment. Iran has been warned it faces ‘serious consequences’ after the government held an emergency COBRA meeting following the seizure of two British oil tankers in the Strait of Hormuz. Foreign Secretary Jeremy Hunt branded Tehran’s actions as ‘completely unacceptable’ after heavily-armed gunships intercepted the Stena Impero and the Medsar after 4pm yesterday. The Medsar was released after several hours, although the owners of the Stena Impero have said they have had no response from the vessel or the 23 crew. The company stressed the vessel was adhering to international maritime rules and regulations before it was seized by the Iranian Revolutionary Guard.