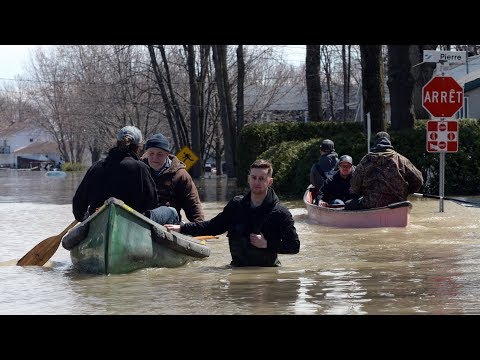 Thousands of people had to quickly flee their homes after a dike breach in Sainte-Marthe-sur-le-Lac, a suburb northwest of Montreal. Officials say nobody was injured and nobody is missing after an estimated 2,500 homes were evacuated.
To read more: http://cbc.ca/1.5114366