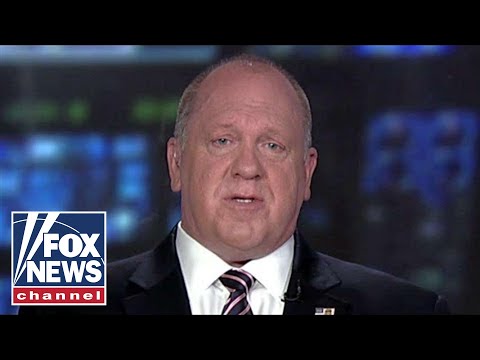 Tom Homan heads back to Capitol Hill to testify on border crisis Tom Homan heads back to Capitol Hill to testify on border crisisDemocrats are expected to grill retired ice director Tom on the Trump administration’s decision to end protection for migrants in need special Medical Care, Fox News, contributor and retired ice director townhome and joins us now. Good morning, Tom. All these policies were shining dying, children home. That’S not the case at all: we’re simply moving a bureaucratic process of who’s, going to decide on what case, to get Stamford for medical reasons from CIS to ice, and that’s the right place for it to be. It should make decisions on who they can remove, who they can’t remove, because they don’t remove people ice cream moves them. So can they? Let us out a contest to give this title to raise their hatred against us Administration. They like to stick around Stevens that many deferred action to give him everyday. I personally have approved deferred action for significant medical issues in od for the removal for a 6-month. So I can finish that last chemotherapy treatment because they’re in such Dire Straits. So this this being pushed by the left me today we’re going to talk about. I’M not going there to look for a fight, but I’m not going to run away from money that happens. They can prove extreme medical needs. That policy is going to change. In the Democrats say your callous and you want to send dying children home. What’S your message to those that say that to you, it seems like there’s more political sphere and actually getting to the facts, but they want to transparency. They want truth, American people. I would speak it, but you don’t want to dress today with them is important, but where are they Southern border on Sanctuary? Cities are more deaths than this proposed policy, where the hearings on this island processing for selling agreement sexually assaulting children are dying. Where are those hearing those who violate our laws? I think you know the answer to that everything’s political now, but the question is me: asking they need to give an answer to the American people. If you, if you your Congressman, secure our border, where are their hearings that done the present has made great strides by his self Congress? Hasn’T done, one thing: why don’t we have a hearing to investigate why Congress has failed to do their job? Well, Former acting director of ICE Tom Homan says he’s not looking for a fight but he’s ready for one.