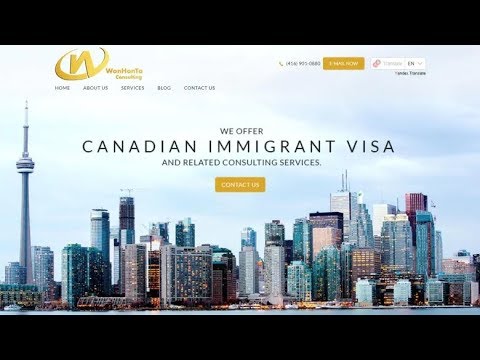 Toronto immigration firm charges $170K for fake Canadian job Toronto immigration firm charges $170K for fake Canadian jobWhat’S turn down a CBC News investigation, we have been looking into what has been called a fraudulent scheme that is undermining Canada’s immigration system companies here in the country offering would-be immigrants a path to help. The cost is well over $ 100,000. With the details he has uncovered CBC journalists posed as a Chinese citizen looking for a skilled job offer that would lead to permanent residency in Canada, contact Consulting it involved weeks of conversations as well as text on Chinese social media, app WeChat. Here’S what we learned about the scheme that would be immigrant is expected to pay $ 170,000 for a Canadian job company says much of that money would go toward paying the Canadian employer offering the position. In addition, that money would pay the workers own wages. 100 told us it would create a fake paper trail to convince immigration. Officials at the job was legit immigration lawyer, Richard Carlin, says what 1 Honda is offering. Is it illegal? This is a conspiracy to violate Canada’s immigration program. The demand for this sort of scam. She is flooded with calls from would-be immigrants who want to buy their way into Canada vestigation. We approached the company directly to ask for an on-the-record interview. So, what’s going on, I asked to Shin Lou Who runs 100, what her company charges for job offer immigration. She also told me it would be against the law to pay for a job and that’s when I revealed we had been investigating the company for about a month. Do you told me you don’t ever charge anybody over 5,000 dollars and you send a contract to me for a hundred and seventy thousand. He estimates that 20 % of job offer files are questionable and he says the solution is better enforcement. He hopes politicians talk about that during this federal election campaign. A Toronto immigration company offered a job for a $170,000 fee to an undercover CBC journalist posing as a Chinese national seeking permanent residence in Canada. WonHonTa Consulting Inc. said the would-be immigrant would be buying the job and paying their own wage.