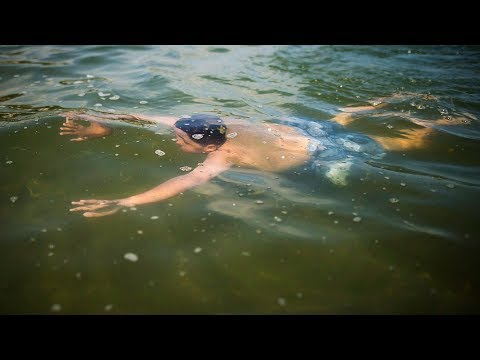 Toronto’s beaches aren’t filthy — we checked Toronto’s beaches aren’t filthy — we checkedToronto’S beaches are a pristine secret, brother’s, a cesspool. Would you swim in the water in Toronto? I am one of these people who swims in Lake Ontario. I know some of you guys right now or watching this infringing, but I can assure you that I’ve been doing this for years and I still in one piece age of Toronto’s beaches are so clean. They need International blue flag standards, meaning they have the same status as beaches along the Mediterranean Coastline controller. So it’s beaches, like Woodbine and Cherry where lifeguards head out every morning during the summer to sample water for e-coli equalize a good indicator for fecal contamination from animal waste in that promised a storm on off or just from the animals like. First honestly, it wasn’t always like this. Until about the 1960s, the water was gross, Toronto had grown so fast. Sewage was a problem, but in the last 30 years huge improvements have been made. Toronto, build a stormwater detention Tennille in the west, near Ontario Place in the East to keep the lake clean, outflows, Ethan West Angeles city that captures the first few minutes of stormwater, which can be the most heavily contaminated, no set it diverted to holding tanks to help Protect a Lake Ontario from a certain level of contamination. Wait there is still more to be done. So, yes, Runner has some fabulous areas to swim in it. But this is not one of them because hundreds of feet below where I’m standing there is a massive sewage pipe 9 of those sewage pipes. All in the court when it rains there is some overflow into the lake. The city doesn’t test these areas because their harbors and you’re not supposed to swim in them, but organization swim, drink fish pass them free whole life. Sometimes they pass and sometimes they fail, and bacteria is very local. So, where you have pipes that are discharging into the Laker into the harbor, that’s where you’re going to see the problem, but the widespread contamination of the past is gone. We thought we were protecting people by keeping them out of the water. Would really what we were doing was creating generations of kids are no longer believed. So that’s what we’re now having overcome today. Those myths really challenged them and give people the information that they need. So the rule of thumb beaches are fine Harbors, not just yet Toronto’s beaches are some of the cleanest in the world. Eight of them are so clean, they meet international blue flag standards, meaning they have the same status as beaches on the Mediterranean coast.
To read more: http://cbc.ca/1.5200875