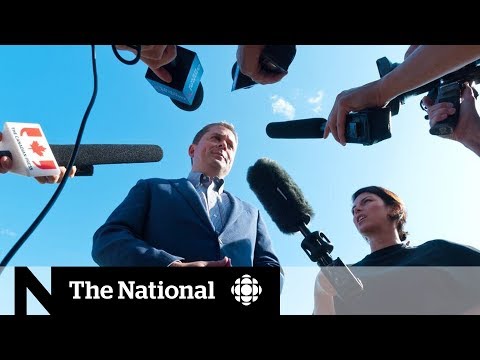 Tory offer of cheaper campaign media access raising questions Tory offer of cheaper campaign media access raising questionsBefore making it to A Moment Like This, National Party leaders have to do a lots of this journalists are there for every step step of across Canada campaign. What is the industry continues to lose Revenue? Fewer reporters, particularly from newspapers, are traveling with the leaders coverage. One party is offering reporters a ride on its leaders, tour at a dramatically lower price than previous campaigns, as we possibly can bus right, Wi-Fi and office space. The conservatives want to charge news outlets $ 11,500 / journalist for the duration of the campaign. The NDP says it will charge journalist $ 45,000. The Liberals are still working on their number. The conservative say they don’t want the low price to attract Fringe outlet and advocacy groups, including the ultra right-wing Ultra controversial website. The Rebel Wilson be granted accreditation on the leaders. Tour conservative sources say the rebel would be a distraction.. She understands wanting more coverage, but has concerns the conservatives. Maybe subsidizing travel for journalists, elections. Canada says it can’t track whether parties are over or under charging news outlets. There’S no way how to determine that, because the campaign reports they submit, I not to that level of granular details, obvious and economic way possible, it’ll be up to the individual news organizations as to whether they get onboard a spokesperson for CBC news says that it’s call Katie Simpson CBC News Ottawa The Conservative Party is offering media organizations a dramatically reduced price to cover party leader Andrew Scheer’s campaign, a fee that’s a little less for the entire election period than what the party charged for two weeks in 2015.